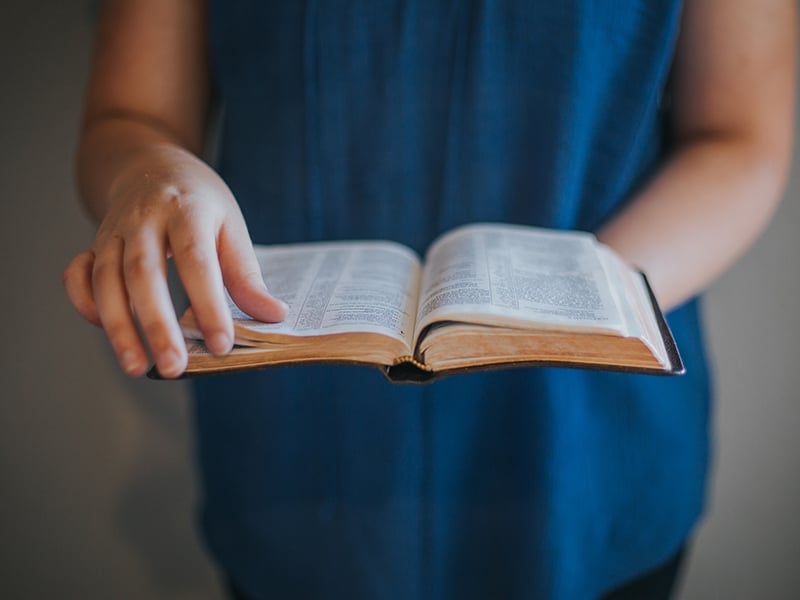 Women are a crucial part of society. However, what exactly is the role of women? There seems to be a shift. Is it for the better, or is it for the worst? More importantly, for Christians, is it Biblical? This article looks into women and the Bible.

Table of Contents hide
1 What is a Woman?
2 What is God’s Purpose for Women?
3 Women’s Empowerment: Is it Biblical?
3.1 The Problem

What is a Woman?

A woman is an adult female created by God as a helper to the man (Gen. 2:18). After the male, Adam, gave names to all of the animals (Gen. 2:19-20), all of the creatures had mates but him. Therefore, God’s work of creation was not complete until He created a mate for Adam.

Therefore, he removed one of Adam’s ribs, thereby forming the woman (Gen. 2:21-22). God could have created her from the dust of the ground as He did with man. Instead, He made her from the man’s flesh and bone, illustrating that marriage between man and woman is united into one.

Throughout the Scriptures, God addresses this special relationship earnestly. It is a joining together of the couple’s hearts and lives. A couple’s goals for marriage must be more than friendship; they must be willing to take the vow for oneness, thereby being united as one.

What is God’s Purpose for Women?

It is evident in Genesis 2:18 the purpose for which God created woman; as a helper for man. After God created the woman for Adam, He blessed them, commanded them to multiply, and have dominion over the earth (Gen. 1:28). There were in the Garden of Eden, and everything was perfect. Life in the Garden of Eden was the same as living in heaven, and if Adam and Eve had obeyed God, they could have lived there forever.

However, after Adam and Eve sinned against God, God handed down judgment, and things were no longer perfect. Let’s look at  this in Gen 3:16-20

16 To the woman He said: “I will greatly multiply your sorrow and your conception; In pain you shall bring forth children; Your desire shall be for your husband, And he shall rule over you.”

17 “Then to Adam He said, “Because you have heeded the voice of your wife, and have eaten from the tree of which I commanded you, saying, ‘You shall not eat of it’:“Cursed is the ground for your sake; In toil you shall eat of it All the days of your life.” 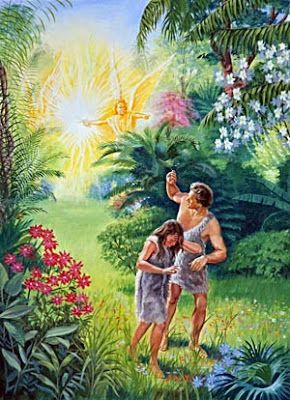 18 Both thorns and thistles it shall bring forth for you, And you shall eat the herb of the field.

19 In the sweat of your face you shall eat bread Till you return to the ground, For out of it you were taken; For dust you are,And to dust you shall return.”

20 And Adam called his wife’s name Eve, because she was the mother of all living. NKJV

What we see in the passage is that with Judgment, suffering arrived. We also see clearly the defined roles for Adam and Eve.

They were still to multiply. Eve was to have the children and bear them in pain. They were still provided with food, but Adam had to labor for it to provide for his family.

Together, as one, they were to function as a family. However, they had clearly defined roles. God is a God of order and not of confusion. With this judgment, we see God’s divine order for the family.

While this order is from God, man, in his imperfection, took this order way beyond God’s intended boundaries. This action has resulted in treating women as second-class citizens and a little above slavery. Men abused their God-given authority; they have deserted their families, leaving them to fend for themselves. In some third-world countries, women are not even allowed to operate automobiles or educate themselves. The west adopted a more civil behavior over time. However, the overhaul double standard culture continued.

This behavior goes way beyond God’s intention of male and female relationships and families. God did not tell Adam that Eve was beneath him in any way. They simply had different roles; “and they shall be one flesh” (Genesis 2:24, cf. Matthew 16:5).

It is simply out of God’s will, and there is a consequence for every action. Once again, man has allowed Satan to have his way and interfere with his relationship with God. Satan has and still is doing all he can to destroy the family unit God proposed.

So what happened? Women have rebelled. In the US, there have been such actions as the women’s rights, feminist, and women liberation movements, movements to bring attention and action against the ill-treatment of women.

While these movements may have had good intentions initially, they too have become tools of Satan to destroy God’s family structure. He is like the fly in the ointment; it started out for good, then the fly drops in and ruins the whole batch.

The present phase of the women’s movement in the west is women’s empowerment.

Women’s Empowerment: Is it Biblical?

What is Women’s Empowerment?

Women’s empowerment is the process of empowering women, raising their 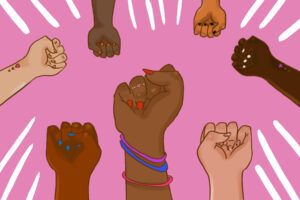 status through education, awareness, literacy, and training. This seems reasonable, right? So what is the problem?

All of these movements collectively have the same problem; they threaten God’s divine order for the family. Instead of the woman being a helper to the man, the ultimate goal has become to overpower the man; to usurp man’s God-given authority.

The theme is: anything a man can do, I can do better. Women have proceeded 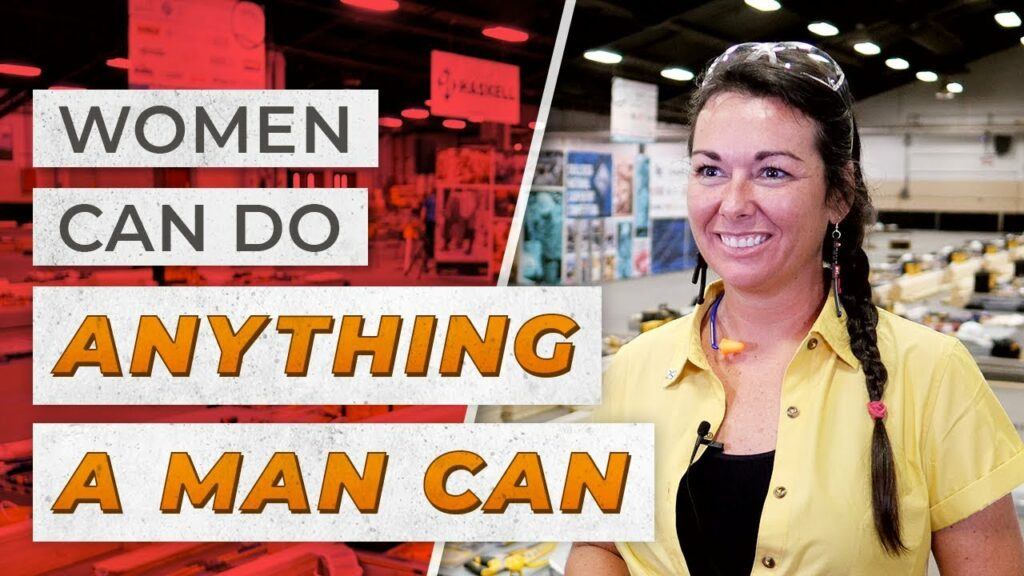 to tackle any male-dominated trade and profession. This objective has started a dangerous shift in culture and society.

In education, according to the Wall Street Journal, 60 percent of college admissions are women, and schools of higher learning are struggling to keep the male population at 40 percent. One university reported that 55 percent of males graduate in four years, while 70 percent of women graduate.

These statistics, if continued, will cause women to become the primary breadwinners of families, and this is out of divine order.

Boys are invading girls’ sports, claiming that they are females trapped in male bodies. How preposterous! This nonsense is sheer madness! This manifestation is only the tip of the iceberg for males and their psyche. In the west, more and more men are being looked upon as incapable of fulfilling the leadership role that God gives to them.

When boys are left without the correct guidance and direction, too many of them become confused about their expected role in life, which is the role of a loving leader. Not only does this confusion hurt men, but it also hurts women and all of society.

Males are the dominant species by nature; it was given to them by God. Men are equipped physically and mentally to be protectors and providers. It is their nature to provide and protect. Therefore, having their wives as the principal breadwinner has consequences, if not immediately, ultimately on society overall.

The radical feminist, many of whom are man-haters for whatever reason, deny the God-given roles of men and women and that a woman should be independent of a man. However, this is so contrary to Scripture: 1 Cor. 11:8-10, 11-12 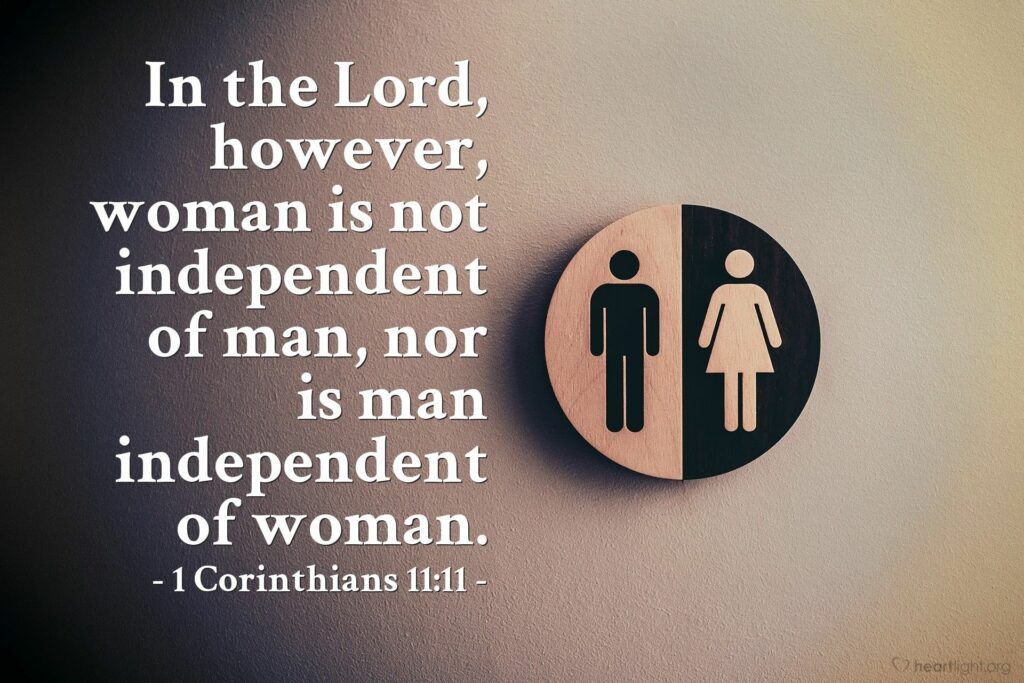 It is essential to understand that this has nothing to do with ability but everything to do with God’s divine order. Sure, women can perform many things that men can. However, it’s not God’s plan for them to do so. Men and women have defined roles.

The Scriptures are very defined and balanced of the husband and wife relationship.

22 Wives, submit yourselves unto your own husbands, as unto the Lord.

24 Therefore as the church is subject unto Christ, so let the wives be to their own husbands in every thing.

The wife is to submit to her husband because he is the head of the wife and family.

25 Husbands, love your wives, even as Christ also loved the church, and gave himself for it;

26 That he might sanctify and cleanse it with the washing of water by the word,

27 That he might present it to himself a glorious church, not having spot, or wrinkle, or any such thing; but that it should be holy and without blemish.

28 So ought men to love their wives as their own bodies. He that loveth his wife loveth himself.

29 For no man ever yet hated his own flesh; but nourisheth and cherisheth it, even as the Lord the church:

30 For we are members of his body, of his flesh, and of his bones.

31 For this cause shall a man leave his father and mother, and shall be joined unto his wife, and they two shall be one flesh.

Even though the man is the head over the woman, he is not to treat her poorly; he is not to abuse his authority. Verse 28 makes that clear. A husband is to love his wife as his own body. That says a lot on the part of the man. It is God’s Word and he must adhere to it. After all, Scripture says in Col 3:19, “Husbands, love your wives and do not be harsh with them.” NIV

7 Husbands, in the same way be considerate as you live with your wives, and treat them with respect as the weaker partner and as heirs with you of the gracious gift of life, so that nothing will hinder your prayers. NIV

Peter’s admonition to husbands is that if they were not considerate and respectful to their wives, their prayers would be hindered. Therefore, husbands, if you want your prayers to be answered, love and respect your wives as you do with your own body.

God’s plan values both men and women, and we should adhere to it.  Men and women were created to complement one another, not compete against each other.

In a marriage, the unity of males and females is essential to a well-ordered society. It has been proven that as the family goes, so goes the nation. Marriage between males and females can bring offspring into a balanced, nurturing, loving environment where both husband and wife contribute unique qualities. Children learn good manners, care for others, self-discipline, and self-sacrifice in this environment.

Men and women are to build each other up, not tear each other down. Both have their roles to play in God’s purpose for humanity. But Satan does everything he can to disrupt the family structure God designed. Again, as the family goes, so goes the nation.

God warned us that a reversal of traditional gender roles would occur at the end of this age through the prophet Isaiah. Isaiah 3:12

12 As for my people, children are their oppressors, and women rule over them. O my people, they which lead thee cause thee to err, and destroy the way of thy paths.

This verse is part of a judgment for the latter days that begins in chapter two. The connotation of this verse is that to be under the rule of women is not favorable and leads to unfavorable consequences.

Is women’s empowerment Biblical? Yes, it is. Jesus empowered women in ministry. Something unheard of in His time. However, he didn’t empower them to the point that they usurped the authority over men.

This article, along with other articles on this website, brings to light how far the world has moved and is still moving out of the will of God.

I pray that soon, our eyes will be opened to Satan’s schemes (Ephesians 6:11).

Comments, questions, and concerns may be left below.

10 thoughts on “Women and the Bible”