A recent article on this website, What is the Antichrist, explained that the Antichrist is a false religious system formed by an alliance between church and state In Rome. However, its origin began long before this alliance. This article looks at the very beginning, the history of the Holy Roman Empire.

The History of the Holy Roman Empire

The history of the Holy Roman Empire goes all the way back to the days that began the post-flood era. Noah and his family, which consisted of his wife, three sons, and their wives, were the only survivors of the flood. His sons were Shem, Ham, and Japheth. Ham had a son named Cush and Cush had a son named Nimrod (Gen. 10:6-8), which means rebellious and lawless in Hebrew. The passage goes on to state, regarding Nimrod, that “he began to be a mighty one in the earth.”

He built his kingdom in the land of Babylonia and built many cities, and one of the first of these cities was Babylon. Nimrod pledged to protect the people from treacherous wild animals. This protection came mainly in the form of walled cities, such as Babylon. It wasn’t long for Nimrod to establish total control over the people. Settled within his city and reliant on him for survival, the people in effect belonged to Nimrod.

As a consequence, Babylon, the capital of Mesopotamia and the seat of human civilization, proceeded to reflect Nimrod’s character and ambition—morally, politically, and religiously. As he grew his empire, he moved away from God and formed philosophies and religions with his immoral wife, Semiramis.

For a description of Nimrod’s character, the words “mighty one” in Genesis 10:8 is a translation from a Hebrew word that conveys a tyrant. Verse 9 records that he was “a mighty hunter before the Lord”; the Hebrew word translated “before” should more accurately be translated as against the Lord. Nimrod was an oppressor whose primary inspiration in his life was laboring against God. Nimrod built the city of Babylon and instituted the entire Babylonian kingdom that included most of the world’s population at the time as an act of rebellion against God.

Nimrod established himself as the supreme, flawless, religious authority, putting himself above God, and to his followers, Nimrod was God!

This sacrilege condition vindicates why Babylon is generally synonymous with rebellion and lawlessness in the Bible.

Genesis 11 addresses Nimrod’s construction of the city of Babylon, and his motive for building this city is significant. Verse 4 records that it was an endeavor to “make us a name” to gain prominence and notoriety. However, neither God nor His faithful servant Noah had authorized Babylon’s construction. Since the people constructed a tower, “whose top may reach unto heaven” indicates that the people recognized that they were rebelling against God. Nimrod and his defiant cohorts had mind of the flood, that it was punishment for humanity’s rebellion, and were building a gigantic tower in an attempt to escape another flood that may come resulting from their wickedness.

Thus, Babylon’s construction of the tower represented an attempt by Nimrod and his citizens to break away from God and to void the work God was executing through Noah.

Babylon was the center of operations of Nimrod’s campaign to oppose God. This location is where Nimrod, the great organized world apostasy from God, was initiated and controlled the world until today. Together with his wife, Semiramis (also his mother), Nimrod fashioned, then imposed on his followers, his particular finance, politics, and education system.

Furthermore, Nimrod acclaimed himself as the religious head of the people.

He set himself up as the supreme spiritual power in place of God and Noah the servant of God. As the priest of Babylon and in union with Semiramis, Nimrod devised the Babylonian mystery religion, including many pagan religious doctrines and practices. Presently numerous patterns and symbols associated with Christmas and Easter, for example, can be traced back to ancient Babylon. (For proof, read Alexander Hislop’s book The Two Babylons, available online.) [paid link]

Nimrod was eventually killed while hunting. But the false and rebellious political and religious system he fashioned carried on without him. It thrived, actually, thanks to the work of Semiramis. With her husband/son dead, Semiramis persuaded her followers that Nimrod presently lived as an immortal spiritual being. Therefore, Nimrod, even in death, was worshiped as a god. He became celebrated as the messiah. The original mother and child duo, Semiramis and Nimrod, became the main objects of worship in ancient Babylon.

After Nimrod’s death, Semiramis declared him as the “sun god.” She continued in unbridled covetousness and depravity and raised Babylon, where she had reigned to a depraved distinction among the nations as the seat of idolatry and sacred prostitution.

She became an expectant mother, birthed a son, and declared that her late husband, now “the Sun,” fertilized her with the rays of the Sun, and her son, which she named Tammuz, was born on the Winter solstice. Tammuz was eventually worshiped as the reincarnation of the sun god “Nimrod,” his birthday became recognized until this day, on December 25th.

Does that date ring a bell? [It is an ambition to post an article on the Holidays we celebrate…stay tuned]

The immortal soul and mother-child worship doctrines can be traced directly back to Nimrod and Babylon, to name only two of Catholic principles.

When Nimrod died, his false system was profoundly rooted in humanity. It is not possible to overemphasize what Nimrod and Semiramis accomplished in Babylon.

It was from this seditious nation that all other civilizations transpired. Mesopotamia, the region that contains Babylon, is known as “the cradle of civilization.”

The Bible unequivocally records the baffling of the languages and the scattering of the diverse populous from the region of Babylon(Gen. 11:3-8).

This action occurred during the construction of the tower of Babel. God disapproved and confused their language so that they could not communicate with one another. As a consequence, they scattered all over the earth.

As the myriad of races and peoples disbanded, they carried the beliefs and practices of the Babylonian mystery religion with them, as many of which remained ingrained in them. The various races developed new religions, though often altered in the new form.

After they began building a tower to heaven, the tower of Babel, with the occurrence of this scattering, this Babylonian system of idolatrous worship spread worldwide as the inhabitants of the city itself were scattered (Genesis 11:9). As they went from Babylon, these men took their worship of mother and child and the various “mystery” symbols as well. It is noted that Babylon was the source from which all
idolatry emanated.

As time went on, the Roman Empire incorporated the gods and religions of the countries it ruled into its system. Since Babylon was the source of this paganism, it is understandable to see how Rome’s early religion was a form of Babylonian worship that had developed under different forms and names in the countries it had entered.

It was the Pagan Roman Emperor Constantine the Great who introduced Christianity to Rome. He converted to Christianity in AD 312. He was Rome’s first Christian emperor and initiated the empire to become a Christian state.

There is much debate over his conversion to Christianity as being sincere or merely a political maneuver. Nevertheless, in A.D. 313, Constantine and co-emperor Licinius, the eastern emperor, issued the Edict of Milan. The mandate granted “to the Christians and others full authority to observe that religion which each preferred.”This action put an end to the harsh persecution and initiated its spread throughout the Roman Empire.

In 330 A.D., Constantine moved his capital from Rome to Byzantium, which he renamed Constantinople, after himself, which is now modern-day Istanbul. This move consequently paved the way for the Roman Catholic Popes to be in power in Rome to succeed Constantine.

As the Papal (Catholic) Church increased in power, it was in disfavor of the practices of the Christians, particularly Saturday worship. Remember, Rome practiced the Babylonian doctrines and worship that including worshiping the Sun on Sunday. These practices were also part of Constantine’s 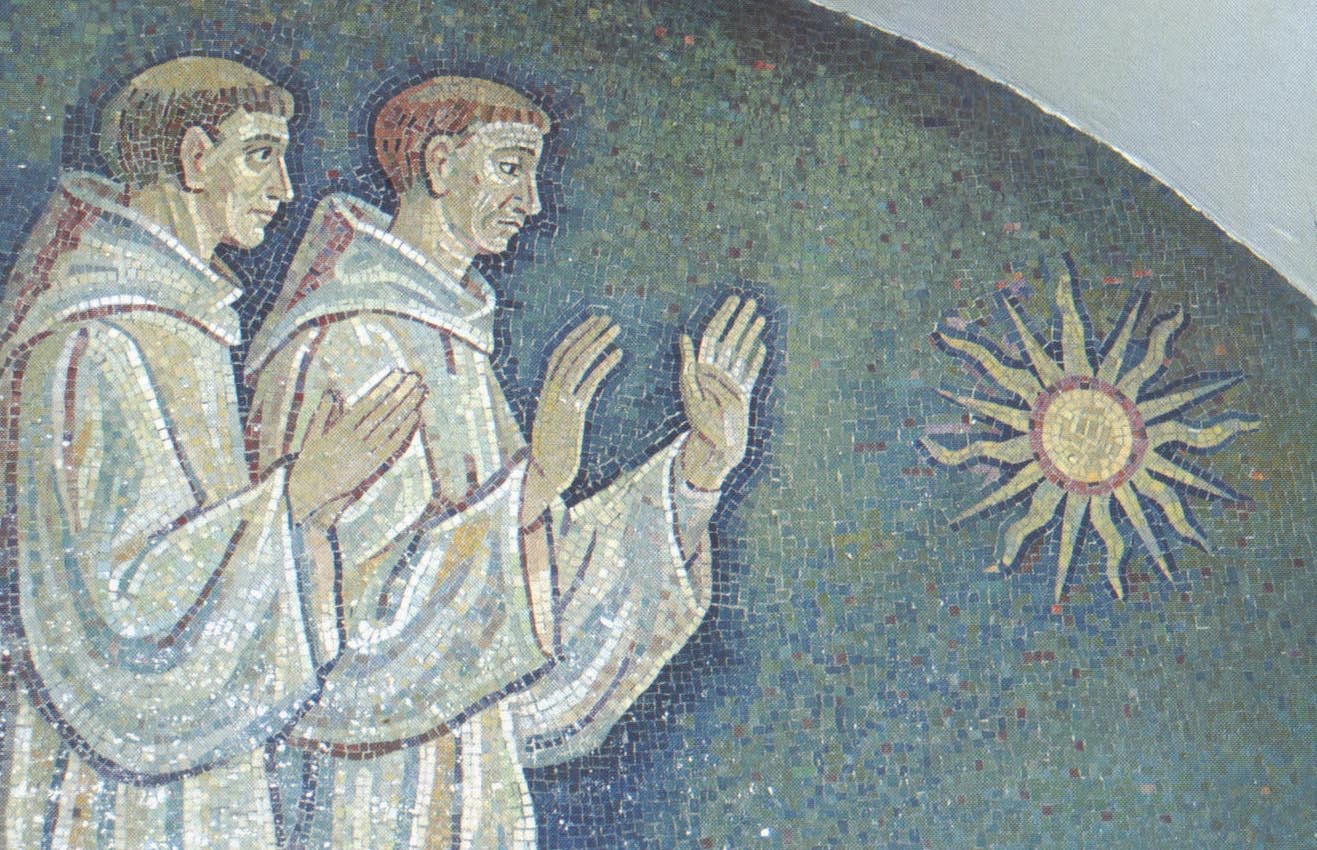 background. Therefore, it became Constantine’s ambition to harmonize these differences to unify the empire. As a result, he imposed his own version of Christianity upon the empire and ordered Sunday worship. He presented the following proclamation in 321 AD: “Let all magistrates and people of the city… rest on the venerable day of the Sun”
(The New Schaff-Herzog Encyclopedia of Religious Knowledge, “Roman Legislation for Sunday,” vol. XI, p. 147).

Later, the Roman church additionally passed a startling decree in the Council of Laodicea, declaring, “Christians shall not Judaize and be idle on Saturday, but shall work on that day; but the Lord’s Day they shall especially honour, and, as being Christians, shall, if possible, do no work on that day. If, however, they are found Judaizing [keeping the seventh-day Sabbath], they shall be shut out from Christ” (A History of the Councils of the Church, vol. 2, p. 316).
To put it bluntly, Christian Sabbath-keepers became affirmed as heretics.

This collaboration amid church and state produced what eventually became known as the Holy Roman Empire.

This empire developed into a multi-ethnic composite of territories in Western, Central, and Southern Europe that formed during the Early Middle Ages and continued until its dissolution in 1806 during the Napoleonic Wars.

A relic of the Holy Roman Empire is the Roman Catholic Church that continues with Babylonian practices to this day.

Any questions, comments, and concerns are more than welcome below.

6 thoughts on “The History of the Holy Roman Empire”