We all have a will. But where does it originate, and how do we get it? Does God have anything to do with it? The article will inform what is the will about.

Table of Contents hide
1 What is the Will?
2 The Will of God
3 Conclusion

What is the Will?

So, what is the will all about? The Merriam-Webster Dictionary has six (6) definitions for will. I have chosen two (2). 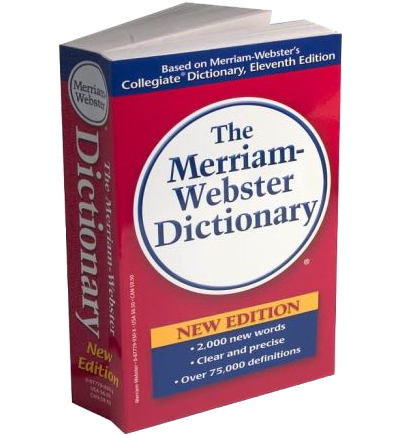 The first is mental powers manifested as wishing, choosing, desiring, or intending

The second is a disposition to act according to principles or ends.

So, will is a verb, a word of action upon something that we have chosen to do. We willfully get up in the morning, and we willfully go about our days. Some days our wills are more robust than others with these duties (like on Fridays-TGIF), but nonetheless, our wills play a crucial role in what we do. Without the will to live, we perish, and if we have no will, we do nothing.

So, from where does the will come? The first definition I stated was mental powers manifested. Therefore, it appears that the will is in the mind, the area in the brain that processes thought, memory, imagination, and sensation. [For more information on the mind, please read the article, The Mind and God on this website.

When someone leaves behind a will, it is known as their last will and testament. Meaning this is their last desire for the distribution of their earthly goods.

Last but not least, the will comes from God. God gave man free will to choose right from wrong.

The Will of God

So, what is the will of God? “The will of God” is an expression we use to address God’s will, which is what God intends to occur. If God wills it, it happens; it manifests. One example is the creation of man.

God created man in His image and after His likeness, according to Genesis 1:26-27. While the animals were created “after their kind,” man was a higher scale of being. 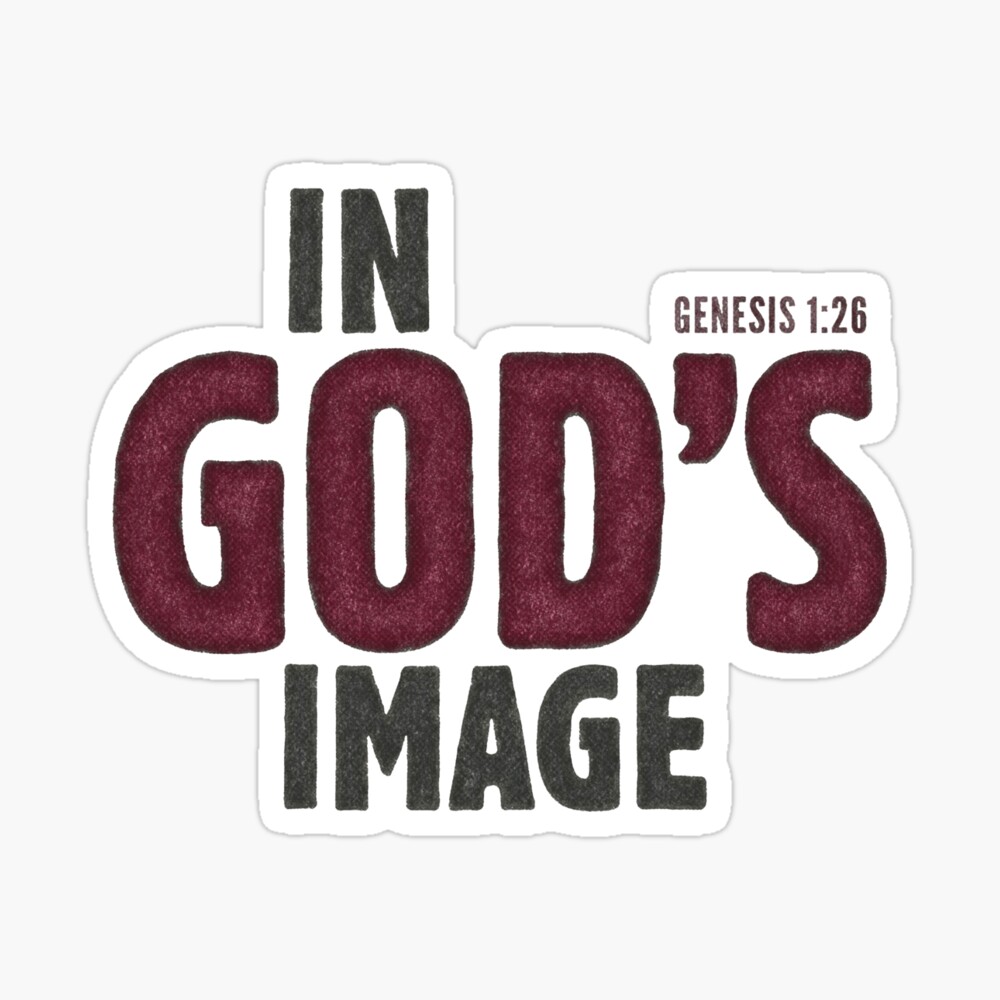 In what manner was man fashioned after the image of God and His likeness? There are several ways in which man was created in God’s image.

For starters, in intelligence –  God is the Ultimate Supreme Mind. He has infinite Intelligence. Man is comparable to God, given that he is gifted with mind and intelligence as well because he is capable of thought.

In moral nature –  Man was created after God’s image, in righteousness and true holiness. He was completed with a compassionate heart, a happy and prayerful spirit, and a longing yearning to advance the general good of the universe. In this sense, he was in God’s likeness, who is distinctly upright, divinely jovial in His life, and deep compassion with all within the circle of His Being.

In dominion – God is the unparalleled Sovereign of all things in heaven and on the earth. Both angels and man are His subjects. Material Nature is part of His domain and is under His influence. In this regard, man is made in the image of God. He is the king of this world. The creation is under his dominion, and the material forces are primarily under his command.

In immortality –  God is eternal, and man was initially created to live forever. Therefore, man partakes of the Divine immortality. However, man lost his immortality because of sin. Still, through Christ, he can be redeemed. 2 Tim 1:10 reads, “but it has now been revealed through the appearing of our Savior, Christ Jesus, who has destroyed death and has brought life and immortality to light through the gospel.” NIV

This summary illuminates the will of God for the creation of man. However, God’s will goes beyond that. Everything that occurs on earth is according to God’s will.

There are different aspects to His will. For example, there is His providential will which is the mystery plan He uses to govern all things in the universe. Eph 1:9-10 reads:

9 And he made known to us the mystery of his will according to his good pleasure, which he purposed in Christ,

10 to be put into effect when the times will have reached their fulfillment — to bring all things in heaven and on earth together under one head, even Christ. NIV

It was God’s will initially to give his people celebrated liberties. Since the Scripture ties the word “mystery” in with “God’s will,” it discloses the assurance of the outcome of God’s plans and promises. As with our election mentioned in verse 4, the revelation of the mystery of salvation is also according to his good pleasure. “Before the foundation of the world,” God planned to send Christ to die for us, but He revealed this mystery to us in later times. In essence, it pleases God to make the mystery of his will known to us.

God’s will includes His perceptive plan. This plan is the part of God’s will that can be understood from Scripture’s precepts or teachings. Mainly what we are required to know about God’s will has already been revealed in the Scriptures. Let’s look at an example. 1 Thess 4:3-7

4 that each of you should learn to control his own body in a way that is holy and honorable,

5 not in passionate lust like the heathen, who do not know God;

6 and that in this matter no one should wrong his brother or take advantage of him. The Lord will punish men for all such sins, as we have already told you and warned you.

7 For God did not call us to be impure, but to live a holy life. NIV

Okay, this is not rocket science; it is not difficult to understand. God wants our lifestyle to be separated from the world and does not want us to be involved in sexual immorality. This immorality includes pornography, homosexual sex, premarital sex, extramarital sex, incest, and beastology. These all fall under the umbrella of sexual immorality, and we must exercise self-control over our bodies.

Further, we should treat one another with respect and not harm our fellow man in any way. God does not expect impurity in our character but to maintain an honorable character.

Last but not least, let us not overlook that there is punishment for those who disregard this exhortation. Let us understand that three attributes of God are lovingkindness, judgment, and righteousness (Jer 9:24), and He delights in these. 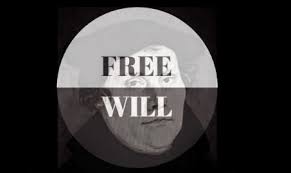 The third aspect of the will of God refers to God’s plan for our individual lives. To discover God’s will for our lives, we only need to observe the Scriptures. This is the primary way to know His will. Let’s look at a few.

8 He has showed you, O man, what is good. And what does the Lord require of you? To act justly and to love mercy and to walk humbly with your God. NIV

This Scripture depicts God’s first and foremost will for us; to walk with Him in humility and righteousness, accepting His Son, Jesus, as Lord and Savior (John 12:26).

1 Be imitators of God, therefore, as dearly loved children

2 and live a life of love, just as Christ loved us and gave himself up for us as a fragrant offering and sacrifice to God. NIV

God’s will for us is to be more like His Son. To be more like Him by following his example in Christ, imitating his qualities in our lives (1 Peter 2:21). In verse 2, we see that Christ’s model of forgiveness should be the blueprint for us to follow. The word “be”
means become. Paul recognized that this is a process. For the reason that our relationship with God is through Christ and the power given to us is through the Spirit, we are to become God-like in our character and respectful disciples in our lifestyles.

11 For I know the plans I have for you,” declares the Lord, “plans to prosper you and not to harm you, plans to give you hope and a future.

God knows the future, and He expresses His plans for us, and they are good. This declaration does not mean we will not endure heartache, hardship, pain, and suffering but that He will see us through with a great conclusion (2 Cor. 4:17, Ps. 34:19).

His will shall come to pass, as He said in Isa 46:10, “I make known the end from the beginning, from ancient times, what is still to come. I say: My purpose will stand, and I will do all that I please.” NIV

But God also gave man a will—free will. This falls under the first attribute mentioned earlier, intelligence. Therefore, he can choose to follow God’s will or not, but it’s the choice to follow that reaps the most significant reward as the Scripture reads in 1 John 2:17, “The world and its desires pass away, but the man who does the will of God lives forever.” NIV

Therefore, it behooves us to align our wills with the will of God.

Please leave a question, comment, or concern below. You will receive a response.

39 thoughts on “What is the Will About?”