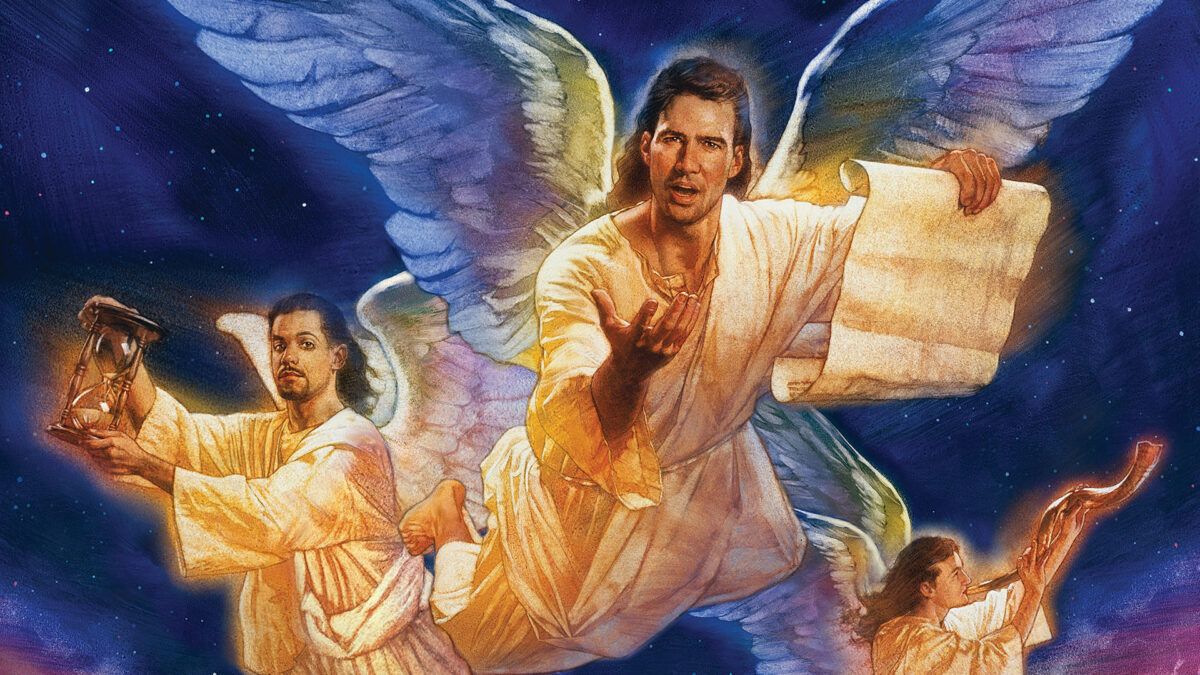 The three angels’ message is related to the second coming of Jesus Christ. What is it, and to who is it directed? This article will explain The Three Angels Message.

What is the Three Angels Message? 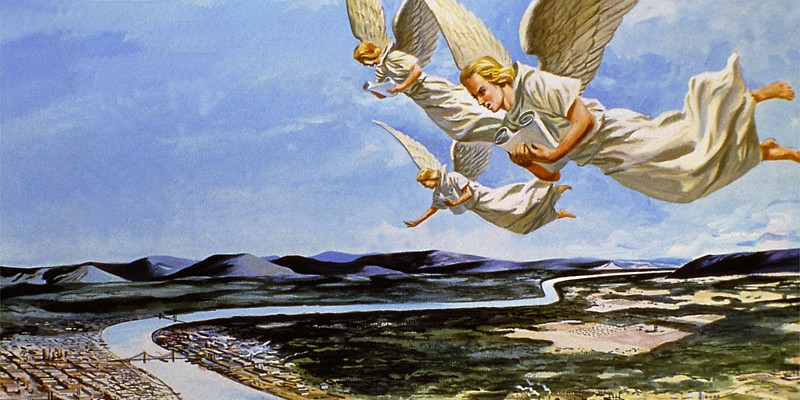 The three angels’ message is an interpretation of the messages given by the three angels in Revelation 14:6–12. In this passage, three angels contrast the destiny of Christians with that of unbelievers. This contrast is a shift from the picture of the coming triumph of God’s people (vss.1-5) and the pouring out of the seven bowl judgments upon the earth prior to the return of Jesus. In essence, God will judge evil.

The doctrine is that these messages are given to prepare the world for the second coming of Jesus Christ.

6 And I saw another angel fly in the midst of heaven, having the everlasting gospel to preach unto them that dwell on the earth, and to every nation, and kindred, and tongue, and people,

7 Saying with a loud voice, Fear God, and give glory to him; for the hour of his judgment is come: and worship him that made heaven, and earth, and the sea, and the fountains of waters. 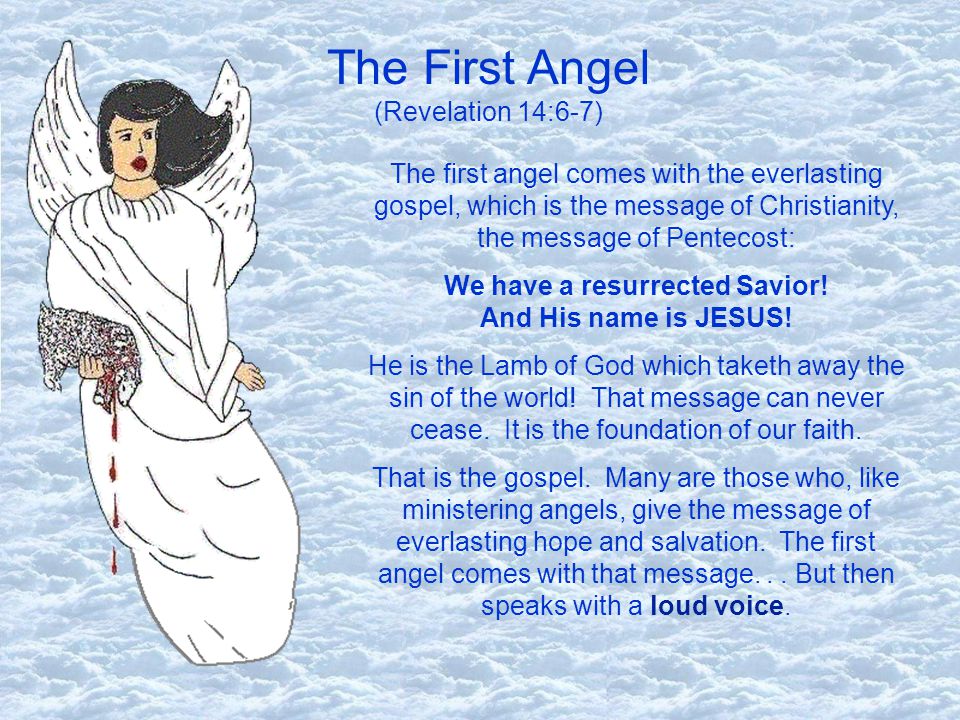 The first angel’s message pronounced people to fear God and worship him because the hour of his judgment had come. The “everlasting gospel” was still the Good News. Even in these final moments of judgment, God gave the people the opportunity to repent. This announcement may be the final fulfillment of Jesus’ prophecy, “If the Lord had not cut short those days, no one would survive. But for the sake of the elect, whom he has chosen, he has shortened them.” (Mark 13:20 NIV ).

The phrase “fear God, and give glory to him” is the essence of the believers’ duty to God. The word “fear”
refers to respect and reverence. The word “glory” means recognizing God’s power and giving him the honor He is due.

Some students of the Bible see this as an announcement of judgment rather than an appeal. The world’s people have had their chance to proclaim their allegiance to God, and now God’s great judgment is about to begin. However, in all probability, this is a final, worldwide appeal to all individuals [“every nation, and kindred, and tongue, and people”] to acknowledge and accept “the everlasting gospel” of Jesus, the Son of the one true God who is to be honored. No one would have the excuse of never hearing God’s truth. Since this is the vision of a scene in the future, it is unknown if God will, at that point, give the world one more chance. What is known, however, is that He offers that chance to the ones who read and study John’s vision now (Rev. 1:3).

The message will be proclaimed to everyone; therefore, no one will have the excuse that they did not know the gospel message. As Paul wrote in Romans 1:20, “…they have no excuse for not knowing God.” NLT

This truth is a central theme of Revelation. Whenever there has been a time of judgment, there has been a preceding time of warning. Scripture states in Amos 3:7, “Surely the Lord GOD will do nothing, but he revealeth his secret unto his servants the prophets.” One of Jesus’ functions on earth was that of a prophet. He issued numerous warnings through His discourses and parables of His return and the need to be prepared for the same.

People are being granted the opportunity to repent. However, those who refuse want nothing to do with God. Therefore, their punishment will be justified. 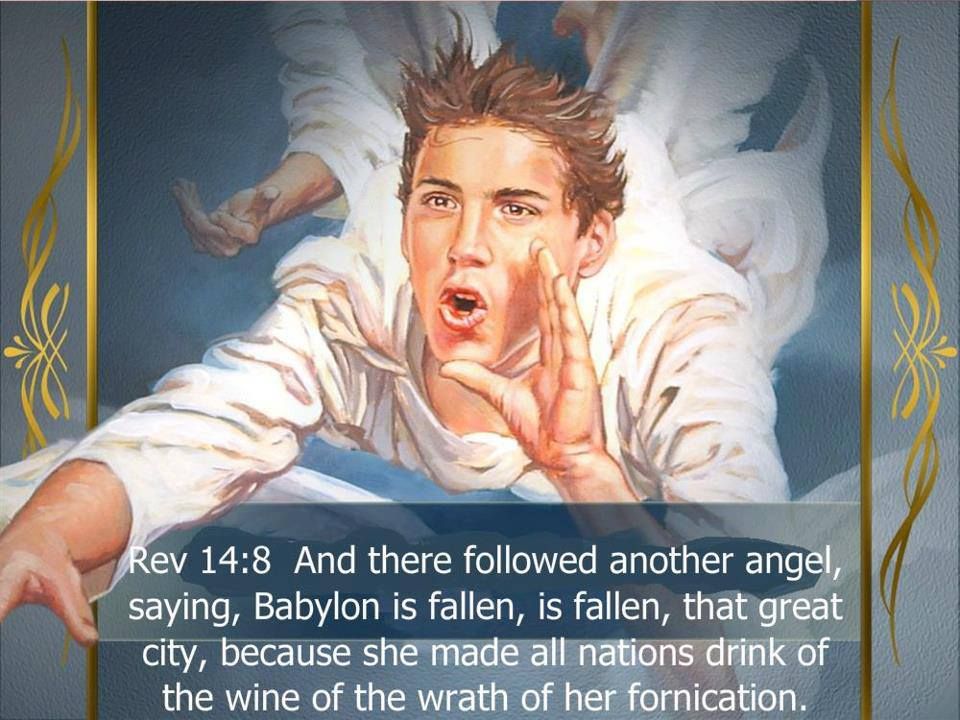 8 A second angel followed and said, “Fallen! Fallen is Babylon the Great, which made all the nations drink the maddening wine of her adulteries.” NIV

The second angel’s message came from the angel that followed the first one through the skies pronouncing that Babylon is fallen. This event was also prophesied in the Old Testament (Isa. 21:9, Jer. 51:8).

In the Old Testament, Babylon was synonymous with an evil city and an evil empire — a world center for idol worship. Outside that city, King Nebuchadnezzar had built a great statue for himself, and everyone needed to worship it (Dan 3:1-6; compare Rev 13:14-15).

Nebuchadnezzar had reached the height of power and pride but found himself judged by God (Dan 4:28-33). The Babylonians had gone through Jerusalem and taken many of the citizens of Judah into captivity (see 2 Kings 24 and 2 Chron. 36).

As Babylon had been Judah’s worst enemy, the Roman Empire was the worst enemy of the early Christians. John, who in all probability did not dare write openly against Rome, was, in this case, symbolically applying the name “Babylon” to this enemy of God’s people (Rome) — and, by extension, to all of God’s enemies of all times. However, there is a literal connection between Rome and Babylon, and the saints are strongly encouraged to abandon Babylon as she will fall and be judged. (Rev. 18:1-4).

“Babylon” is the name of the civilization seduced by the beast (see also 17:1-9).

Presently this world system is filled with idolatry, corruption, and sexual sin (18:2-3, 7), a wellspring of ungodly religion, government, and economics. 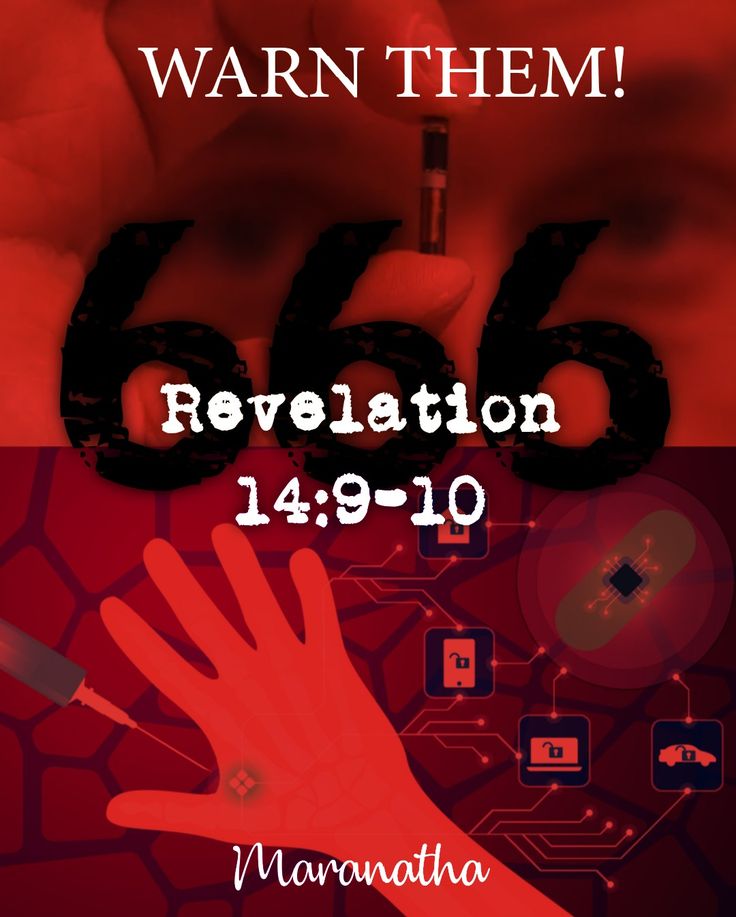 9 And the third angel followed them, saying with a loud voice, If any man worship the beast and his image, and receive his mark in his forehead, or in his hand,

11 And the smoke of their torment ascendeth up for ever and ever: and they have no rest day nor night, who worship the beast and his image, and whosoever receiveth the mark of his name.

The third angel’s message explained to the nonbelievers what would happen to them if they received the beast’s mark. Their eventual judgment would be much worse, and the consequences eternal. The beast’s mark is false worship, and churches that fail to abandon this worship become churches of Babylon. For more details on the beast mark, please read 666 Mark of the Beast on this website.

While those who belong to God will suffer and be killed, they would have a glorious eternity awaiting them (14:1-5). These are the saints that have endured and kept the Commandments of God. This is where the seed that Jesus planted on the cross comes to fruition.

Those who worship the beast and accept his mark, however, would choose to operate according to the Antichrist’s world economic and religious system and ultimately face God’s judgment. These individuals would have turned away from God to get what the world values and violated Christian principles.

Therefore, they will have to drink “the wine of the wrath of God.” The Old Testament regularly depicts God’s anger as being in a cup, prepared to be poured out (e.g., Job 21:20; Ps 75:8; Isa 51:17; Jer. 25:15-38). This cup of wrath is undiluted, “without mixture.” This description refers to the usual Roman practice of diluting wine with water. God’s wrath will be in its most potent form. The full extent of his anger, not watered-down by mercy and grace, would soon be poured out on those individuals who had steadfastly declined to repent from sin and receive His salvation. 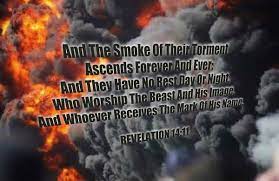 Their anguish will be with fire and burning sulfur. This description is a depiction taken from the destruction of Sodom and Gomorrah, two sinful cities that God had destroyed with “fire and burning sulfur” that “rained down from heaven” (Gen 19:24). Fire and sulfur are used as instruments of torture in Revelation 19:20, 20:10, and 21:8. The actual picture may be symbolic. Still, there is no question about the horror and conclusiveness of this judgment, as “the smoke of their torment” rises forever and ever.

In contrast to the redeemed, who could “rest from all their toils and trials” (14:13 NLT), the unbelievers will have no release day or night from their suffering. Having chosen the side of the beast, they will suffer for it. Jesus described eternal punishment as “fire that never shall be quenched” (Mark 9:44, cf. 20:10).

While Scripture uses the imagery of fiery sulfur, destruction, and darkness for hell (Matt 7:13; 18:8; Jude 13; Rev 14:10), few details are given. Jesus used the Greek word Gahanna to depict hell. The word hell alludes to the valley of Ben Hinnom, where, at times, Old Testament Israelites would sacrifice their children to idols (2 Chron. 28:3), and later where they burned their garbage and refuse (Jer. 7:31). Jesus continually warned that hell would be a fatality far worse than physical death. The Scriptures repeatedly describe hell as a place where one is utterly alone, rejected by God, and excluded from His presence (Matt 25:12, 41; Luke 13:24-28; 2 Thess. 1:8-9).

The Three angels’ message is a solemn one. It encourages decisive actions on our part and severe consequences for not taking them. However, note that there are significant and glorious blessings as well. Rev 14:13 reads, “Then I heard a voice from heaven say, Write: Blessed are the dead who die in the Lord from now on.” “Yes,” says the Spirit, “they will rest from their labor, for their deeds will follow them.” NIV

Blessed are they that die “in the Lord,” meaning those who have accepted Jesus as Lord and Savior. In addition, “their deeds” include heeding the three angles’ messages and encouraging others to do the same. 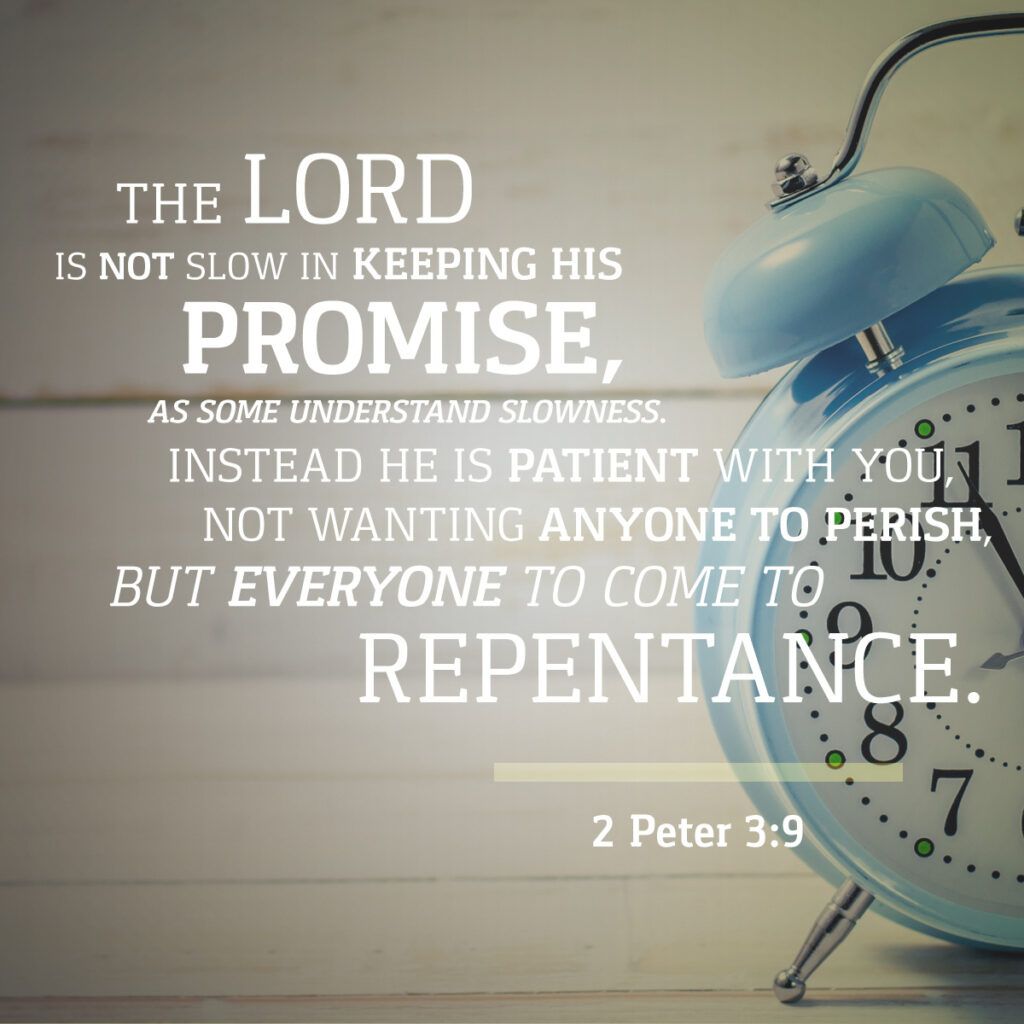 Upon reading this article, you have already witnessed God’s truth. You know that God’s final judgment will not be delayed eternally (2 Peter 3:9). If you have joyfully received the everlasting Good News, confessed your sins, and trusted in Christ to save you, then you have nothing to fear from God’s judgment. The Judge of the whole earth is your Savior!

Questions, comments, and concerns are welcomed below.