Christianity without Christ? Seems like an oxymoron right? Yet, there are many who are living out this very phrase. Professing Christianity but living far from Christ.

Table of Contents hide
1 What is Christianity Without Christ?
2 What Does The Bible Say about it?
3 The Danger

What is Christianity Without Christ?

Christianity without Christ is a term that is part of the offspring of the postmodern movement that has crept into the church. It illuminates a lifestyle that professes Christianity yet lives a lifestyle more toward worldly beliefs than the teachings of Christ and the Scriptures. It is a progressive form of Christianity that does more to dilute Christianity rather than define it, is Christian in name only, and is the epitome of compromise.

For more information on postmodernism, please read the article, Postmodernism and the church on this website.

It is what Paul described in his prophetic statement regarding the last days
as “a form of godliness” [2 Tim 3:5] and this prophecy is coming to fruition. This Scripture is contained in a passage regarding the coming of apostasy and it has begun.

To be a Christian is to be a disciple of Christ—a follower of Christ. A disciple is a student, learner, or pupil and adheres to the teachings of another. Not only does a disciple follow but is also active in spreading the doctrines of another. In the Bible, it is the word used most often to refer to a follower of Jesus and implies an inner circle relationship with Christ.

So by mere definition, Christianity without Christ is a hoax. [Gee, I wonder where I got that word from?!]

What Does The Bible Say about it?

The answers to life are always contained within the Scriptures. The Bible quotes what Jesus said about Christianity in John 15:1-8:

1 “I am the true vine, and my Father is the gardener. 2 He cuts off every branch in me that bears no fruit, while every branch that does bear fruit he prunes so that it will be even more fruitful. 3 You are already clean because of the word I have spoken to you. 4 Remain in me, and I will remain in you. No branch can bear fruit by itself; it must remain in the vine. Neither can you bear fruit unless you remain in me.

5 “I am the vine; you are the branches. If a man remains in me and I in him, he will bear much fruit; apart from me you can do nothing. 6 If anyone does not remain in me, he is like a branch that is thrown away and withers; such branches are picked up, thrown into the fire and burned. 7 If you remain in me and my words remain in you, ask whatever you wish, and it will be given you. 8 This is to my Father’s glory, that you bear much fruit, showing yourselves to be my disciples. NIV

In this passage, Jesus used the agriculture of that time to illustrate to His disciples their position with God and what He expected of them. While our culture does not commonly engage in farming these days, the principle illustrated applies today as with all Scripture. After all, the growing and care of grapevines have not changed over time.

In verse 1, Jesus sets up the hierarchy. Nothing happens in terms of growth without a Gardner and God is the Gardner. God’s function in generating growth is clear throughout the Bible.

Jesus is next in line as the vine. The word “fruit” in the Scriptures represents results. The grapevine is a very fruitful plant; a single vine yields many grapes. Grapes symbolized Israel’s fruitfulness in the Old Testament in performing God’s work on earth. However, Israel failed miserably in this area, and with the arrival of Christ; the new chosen people of God’s were Christians that originated from Christ and was joined to him like branches are to a vine.

In verse 2, Christians, both sincere and insincere, are depicted here as the branches. The branches are all those who profess to be followers of Christ. The unification between the Vine and the branches is illustrated by the expression “in me.”

The fruitful branches are true Christians who by their living alliance with Christ produce much fruit. However, this union can always be broken. This evident when the Father the Gardner “cuts off every branch . . . that bears no fruit.” Those who become inactive — those who turn from following Christ 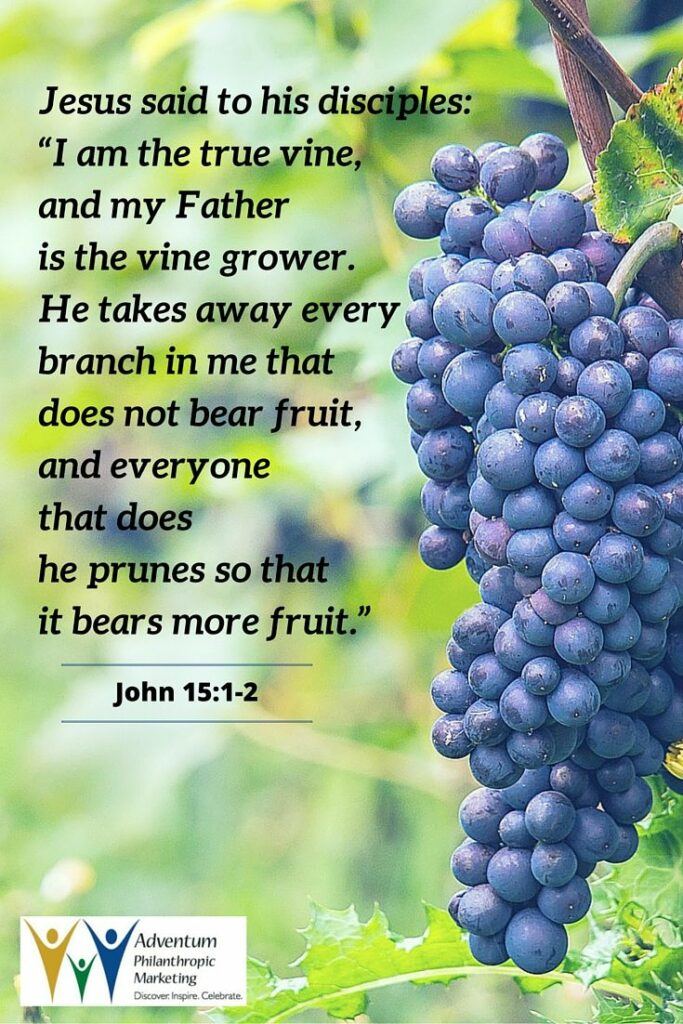 after pledging — will be alienated from the Vine at the trunk and utterly discarded because they are worthless and frequently contaminate the rest of the vine. Therefore, fruitless followers are of no use to God’s kingdom and are good as dead.

Fruit does not apply only to winning souls, but includes, answered prayer, joy, and love are mentioned as fruit (vss.7, 11-12). Also, the fruit of the Spirit is described in Gal 5:22-24 and 2 Peter 1:5-8 and explained as qualities of Christian character.

On the contrary, “while every branch that does bear fruit he prunes so that it will be even more fruitful.” Here Jesus pointed out a difference between two kinds of pruning: (1) removing what doesn’t bear fruit, and (2) refining what does.  Successful cultivators know that pruning, cutting back the branches, increases fruit-bearing. This can be painful for Christians, but the reward outweighs the pain (2 Cor. 4:17).

In verse 3, the cleansing mentioned is spiritual, removing away the pollution of sin. This verse points out that the disciples were already clean because they had accepted the Lord’s word. Therefore they were ready for fruit-bearing. Today, when we accept Christ as Lord and Savior, we become clean and ready for fruit-bearing. But…we must bear fruit.

In verse 4, “remain in me and I will remain in you.” This verse presents an important theme in this passage and this article: Christians are to abide or remain in Jesus, the Vine. The Greek word for “abide” is verbalized here as a 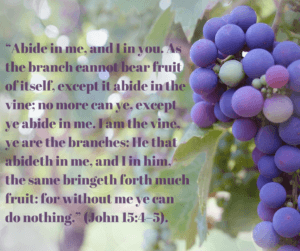 command. It additionally has a continuing emphasis; in that, the command to “abide” isn’t fulfilled in a one-time act. What abiding means for the disciples and all Christians presently is to make a perpetual, minute-by-minute determination to follow Christ. And we must not be passive. Instead, we Christians must be active because we have a lot to do.

So, Christianity without Christ? I-don’t-think-so!

Verses 5-7 are a summary with Jesus explaining the life application of what he said previously.

In verse 8, Jesus made the point clear that His disciples are required to “bear much fruit, showing yourselves to be my disciples.” In order to be a Bona fide  disciple of Christ, we must bear fruit instead of removing ourselves from the vine.

This farming analogy shows how God is glorified when we come into a right relationship with Him and begin to “bear much fruit” in our lives.

Also, this passage of Scripture makes “Christianity without Christ” null and void.” There is no way we can be genuine, fruitful, God-fearing Christians without Christ.

So, this is what Scripture says about “Christianity without Christ.”

This doctrine, Christianity without Christ, is simply an attack of Satan upon the world to move individuals away from God and Christ.

In 2015, there was a video on social media entitled, I’m a Christian, BUT … https://youtu.be/5bWHSpmXEJs?t=13 this video went viral and features young professing Christians who vocally claim that they are Christian BUT, right afterward they vocalize statements that are somewhat antagonistic to the traditional reactions that defend unambiguous Biblical doctrines. It is in essence a demonstration of being a Christian but not following Christ. In essence, what they are saying is, I‘m a Christian but I don’t follow Christ.

This is such a dangerous and toxic presentation. It presents a very threat to Christianity. It is as I mentioned earlier, “a form of godliness.” The balance of that same Scripture reads …”
but denying its power.” [2 Tim 3:5] By professing Christianity they are using 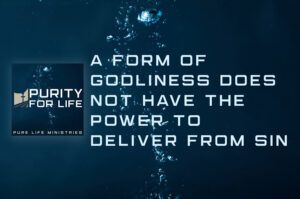 godliness as a cloak of respectability while denying God’s power over their lives by the way they live. This is simply hypocrisy.

Jesus, while addressing the hypocrisy of the religious leaders, quoted the prophet Isaiah who previously addressed it of the Israelites. In Matt 15:8-9 Jesus said: “These people honor me with their lips, but their hearts are far from me. They worship me in vain; their teachings are but rules taught by men.” NIV

Jesus also said in Matt 7:21 “Not everyone who says to me, ‘Lord, Lord,’ will enter the kingdom of heaven, but only he who does the will of my Father who is in heaven. NIV

Let’s look at the title of this video; I’m a Christian but…. When professing Christianity there should be no “but.” That three-letter word carries a lot of weight. It used to introduce a phrase or clause contrasting with what has already been mentioned. It practically cancels the phrase before it. Because when but is interjected, it takes the focus off of what was mentioned prior and onto what is mentioned afterward.

For example, if someone says, I love you BUT, the focus shifts from the expression of love to what is coming next and will probably dominate the balance of the conversation.

Instead, when professing Christianity the phrase should be, I’m a Christian AND a follower of Christ, I love Jesus; I do my best to obey the Lord, etc. These are some of the things that should be included in the profession of Christianity.

What is obvious in the video is the absence of conflict, conviction, and struggle with sin. A condition that is ubiquitous in today’s society and is a threat to the church. The video is most probably a reaction against the way Christians often become defensive and even dogmatic when discussing topics like premarital sex, alcohol, homosexuality, or secular music, and perhaps we should be more compassionate, loving, and understanding, but at the same time, we simply cannot leave Jesus out while still professing to be Christian. If we do, then what will be remaining is what the scriptures describe as “a different gospel” (2 Corinthians 11:4). Paul warned the Corinthians about this: “different gospel.” With this different gospel, Christ is left out of the equation, except within the word “Christian” itself which, by the way, means “Christ-follower.”

This different gospel, this Christianity without Christ, has no power to actually change lives and hearts. Because it is simply too watered down with world views and what has become popular Christianity. Change and healing cannot occur when the prescription is the same as the ailment which in this case is sin.

Earlier I referred to Christianity without Christ as a hoax. So what is a hoax? A hoax is a deception, often preposterous, deliberately devised to masquerade as the truth.

It is a hoax to think that we can be Christians without obeying God and Christ; that we love God and His Son. Jesus said, “If ye love me, keep my commandments.” John 14:15.

It is a complete hoax to think that we can survive without truly following Christ and not suffer consequences.

If Christianity without Christ doesn’t usher in the great apostasy, nothing will. Therefore, we must be on guard.

If we are the branches, the branches cannot bear the required fruit with the injection of the poisonous fertilizer containing the thinking and positions of the world (sin). Jesus said, “Such branches are picked up, thrown into the fire and burned” (vs.5).

This is the danger of Christianity without Christ.

Please feel free to leave any questions, comments, or concerns below. You will receive a response.

4 thoughts on “Christianity Without Christ?”

Video – What is Christianity Without Jesus?