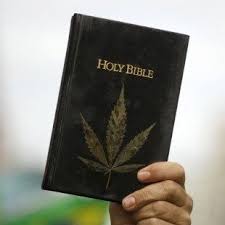 The legalization of recreational marijuana is considered to be a revolutionary step in the progression of society. But is it? Is it really a good thing to legalize another mind-altering vice into society? Do we know everything about this drug? What does the Bible say about such things? This article will shed light on marijuana and the Bible.

The United States, Canada, Australia, and New Zealand are thrusting hastily into a marijuana nirvana. But at what cost?

Table of Contents hide
1 What is Marijuana?
2 Medical Use?
3 So what is the Benefit?
4 What Does the Bible Say? 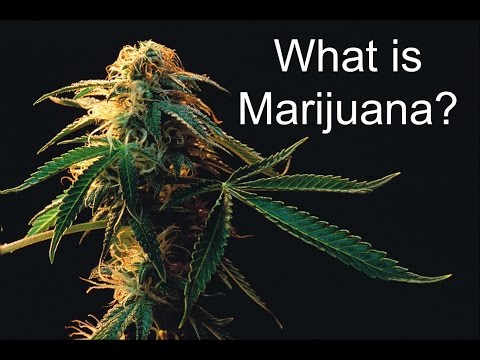 Marijuana, also known as cannabis, is a psychoactive drug from the cannabis plant. An original inhabitant of Central or South Asia, the plant has been used as a drug for recreational and entheogenic purposes and in many traditional medicines for hundreds of years. Other names include Ganja, Grass, Hash, Pot, and Weed.

The Cannabis plant contains chemicals that affect the brain and can change one’s mood or consciousness.

Not all Cannabis plants contain the chemical (THC) that has a hallucinogenic effect on the brain and makes individuals high. It is widely believed that this form of Cannabis has medicinal qualities and is known as CBD. CBD has become known as a natural and safe healing miracle substance that can cure many ailments, and it is a mild and safe substance with no downside. These ailments include Cancer, Parkinson’s’, back pain, depression, and nausea. However, the advocates for marijuana’s ultimate goal have been to legalize recreational Marijuana using medical uses as an entranceway to recreational use. However, is Marijuana the cure-all is the cure-all it’s claimed to be? The Ohio Medical Control Program dispenses Marijuana for medical use according to the Ohio bill signed into law in 2016, making it legal for medicinal purposes. The following medical conditions qualify under the program

This list is quite extensive and makes Marijuana quite a wonder drug, or is it?

Dr. Gary Wank, who sat on the Medical Marijuana Medical Committee in 2016, is open-minded and was not against trials on a number of ailments. He stated in an article in Psychology Today, “If you suffer from one of these disorders, the most important question to ask your recommender is whether you can benefit from using marijuana. If your recommender says “yes” then you can be certain that he or she is ignorant of the current state of medical research on marijuana. In other words, there is no reliable medical clinical evidence to support the use of marijuana for any of these conditions—none at all.”

A more recent British study examined the effectiveness of Cannabis for these six (6) mental health conditions: Depression, Anxiety, Attention Deficit Hyperactivity Disorder, Tourette’s Syndrome, Post Traumatic Stress Disorder, and Psychosis. The results were printed in the Lancet Pscharity Journal. London’s independent reported the scientists findings on October 28, 2019, that combined 83 studies that involved three thousand participants recommended their use for the six mental health conditions could not be justified based on the current evidence.

They further stated that this is due to a lack of evidence for their effectiveness and because of the known risks of Cannabinoids.

It appears that the advocates have promoted a cure looking for a disease. However, this does not mean there will be no medical uses for Cannabis, as many medicines are derived from plants. The issue is that there has been an agenda all along, and activists have dishonestly sold through anecdotal testimonies that it is a cure-all when proper testing is lacking.

Marijuana libertarian Alex Berenson, author of the book, Tell Your Children The Truth About Marijuana, Mental Illness, and Violence, published in 2019, did research and reviewed some studies. What he learned surprised him and turned him into an outspoken critic of marijuana, setting him on a path to inform the public of its history and consequences. His findings are:

Today’s marijuana is very different from the 1960 and ’70s when THC levels were 1 to 2%. However, with the onset of the 1990s, producers initiatedworking towards increasing the THC content to in access of 25%, ushering in an increase in mental health problems.

Researchers are aware that there is a time-lapse in the time mental illness begins and when an individual first engages in using cannabis. Therefore, it was no surprise when increased problems increased after 2000.

Researchers in Denmark recently observed that their mental illness registry had a significant increase in schizophrenia cases of about 30% from 2000 to 2012. Additionally, the higher levels of THC appear to contribute to another more significant trend. When they observed 30 to 59 aged adults, psychiatrists expected schizophrenia and bipolar disorder to become evident by the late twenties. However, the researchers found that 46 out of 100,000 individuals in the over-30 group received a new Psychosis diagnosis every year. This high rate of actual cases after age 30 contrasts with conventional wisdom.

It is important to note that most individuals do not exhibit violent behavior, but a small percentage do, and the problem can arise suddenly without any warning.

Other adverse effects of significant marijuana use found in various studies include:

Yet, despite what has been mentioned above, efforts to legalize the use of marijuana for both “medicinal” and recreational purposes continue to grow. These efforts are succeeding in the halls of state and national governments. Unfortunately, the drug is not as harmless as advocates claim.

For several years, the Partnership for a Drug-Free Canada has presented reputable, peer-reviewed scientific studies showing the dangers and social and economic costs of marijuana use. However, despite the endorsement of health experts, social pressure and the lure of increased tax revenue are driving the political mechanism.

Could society benefit from legalizing pot? Is there a larger picture to consider?

So what is the Benefit?

It is interesting that even though Western nations live in a time of excessive prosperity compared to any other period, so many in our population today, the youth, in particular, search for what is basically an escape from reality in mind-altering drugs. Lavishness flourishes in our lives, yet many run after hallucinogenic drugs. With the problems that already exist with alcohol (e.g., alcoholism, drunken driving, loss of work, violent behavior, even loss of life), why do we need to add another destructive player to this negative playbook by legalizing Marijuana? Make no mistake; unfortunately, people will die due to legalizing marijuana.

Some will say, well, people will do it anyway.
Okay—why?

It is evident that not all is right. Something is indeed missing. Our day-to-day lives are not satisfying, and we are not finding pleasure in our work and relationships with family and friends. We seek transitory pleasure through intoxication with drugs that bring all sorts of potential harm. Perhaps it is time to inspect our lives a little more closely.

Eccl 3:11 says, “He [God] has made everything beautiful in its time. He has also set eternity in the hearts of men; yet they cannot fathom what God has done from beginning to end.” NIV

God has “planted eternity in the hearts of men.” What this means is that we can never be totally content with earthly pleasures and pursuits. In view of the fact that we are created in God’s image, we have a spiritual thirst and eternal value. Therefore, nothing but the eternal God can truly satisfy us. He has built in us a restless yearning for the perfect world that can only be found in his perfect rule. 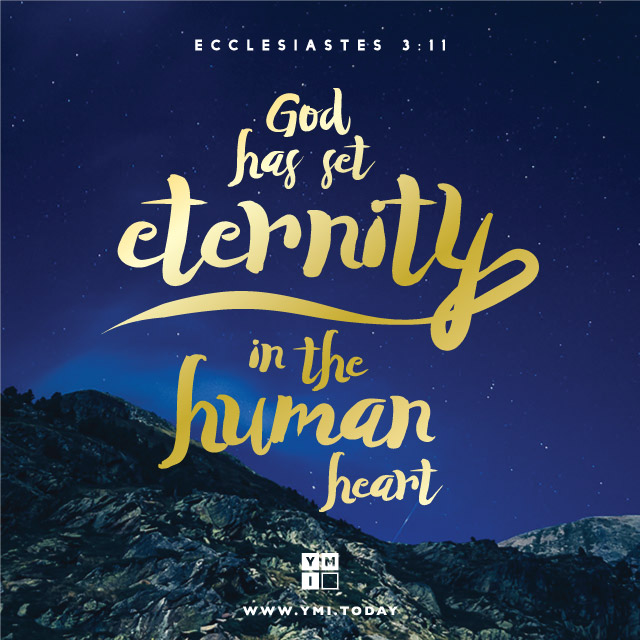 However, we fail to recognize this either out of ignorance or rebellion and attempt to fill this yearning with earthly things, such as excessive shopping for things, relationships, excessive work, and drugs and alcohol. However, these things only create a futile downward spiral. Therefore, there is no more of a benefit than any of the other vices the world engages.

We do not have to live this way because we can elect a way of life that provides happier lives for our families and ourselves. Therefore, we can avoid choices that create trouble and gruesome realities from which we wish to escape. We must fill this void with God and His Word. 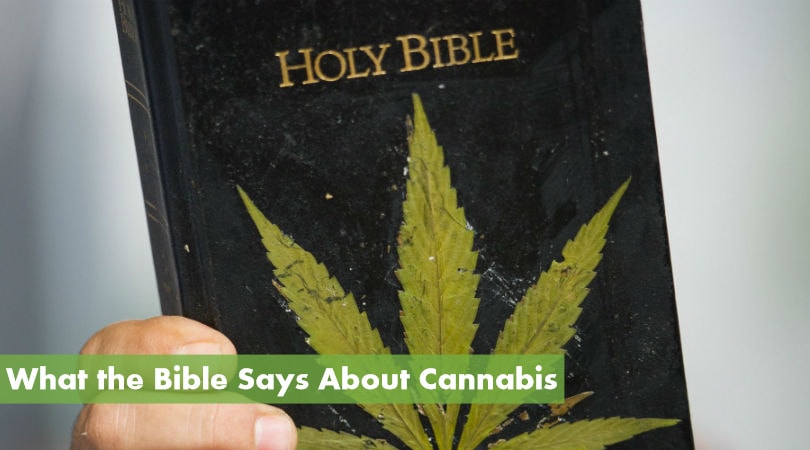 Although the Bible does not mention anything specific regarding the recreational use of marijuana, it clearly warns about the dangers of drunkenness and cautions that it leads to overindulging. For example, Eph. 5:18 reads, “And be not drunk with wine, wherein is excess; but be filled with the Spirit;” and Proverbs 23:20 counsels against surrounding ourselves with those who are drunk, and reads, “Be not among winebibbers; among riotous eaters of flesh:”

Recreational marijuana can trigger a mind-altering high that is comparable to drunkenness. Both can cause impaired judgment, cognitive dysfunction, restlessness, coordination and reflex issues. Based on that, it is viable that the Bible’s warnings against drunkenness can also be applied to marijuana intoxication.

Paul’s instruction to Titus, a young colleague in Crete, included an exhortation on soberness. Titus 2:6 reads, “Similarly, encourage the young men to be self-controlled.” NIV

22 But the fruit of the Spirit is love, joy, peace, longsuffering, gentleness, goodness, faith,

23 Meekness, temperance: against such there is no law.

The fact of the matter is self-control cannot be exercised when one is drunk or high on a mind-altering substance. When in that state of mind, one is at risk of actions and words that can be regretted for life. The possible addictions that result can devastate families, careers, reputations, and potential. A sober mind is an invaluable defense against such tragedies.

We are entering a difficult and dangerous period in our lives. Nations have outright rejected teachings on proper behavior, ethics, and morality that were formerly revered. The concept that humankind is the creation of a God who gave instructions preserved through His sacred text is no longer widely accepted in the Western world, and the moral guidelines that directed behavior are no longer considered valid. At the same time, social order has started to unravel without such a set of moral directives.

The sad truth is that the Bible is slowly being canceled.

Comments, questions, concerns, or experiences with marijuana can be left below.