Recently, I published an article: Postmodernism and the Church. That article explains the origins and doctrines of this movement. Postmodernism 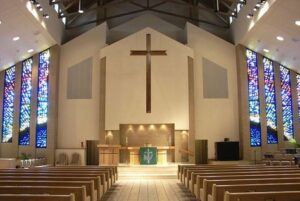 brings into question every tradition and standard that we have come to know in the US; including the church and the Scriptures. It has basically led the way for people to feel that they can do whatever they want if it is right in their own minds. This movement has reached a crescendo under the 45th President of the United States. Today more than ever, people are asking: whatever happened to justice?

In my study of the Scriptures, I have observed that the Old Testament is the history of Israel. From inception to glory, to exile and post exile. History does indeed repeat itself.

The US has indeed been a blessed nation; not perfect but blessed non-the-less. It was a nation that honored God as best it knew how. But overtime there has been an eroding of this honor of God. Slowly but surely the nation has become more and more secular and instead of relying on and trusting in God, it has put more trust in man through the government.

New Testament Scripture state very clearly the result when this: taking God out of the equation exists. 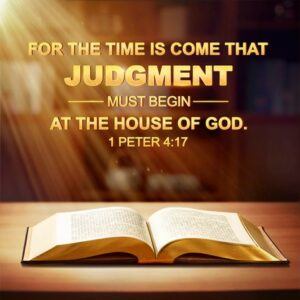 godlessness and wickedness of men who suppress the truth by their wickedness, 19 since what may be known about God is plain to them, because God has made it plain to them. 20 For since the creation of the world God’s invisible qualities — his eternal power and divine nature — have been clearly seen, being understood from what has been made, so that men are without excuse.

21 For although they knew God, they neither glorified him as God nor gave thanks to him, but their thinking became futile and their foolish hearts were darkened. 22 Although they claimed to be wise, they became fools 23 and exchanged the glory of the immortal God for images made to look like mortal man and birds and animals and reptiles.

24 Therefore God gave them over in the sinful desires of their hearts to sexual impurity for the degrading of their bodies with one another. 25 They exchanged the truth of God for a lie, and worshiped and served created things rather than the Creator — who is forever praised. Amen.

26 Because of this, God gave them over to shameful lusts. Even their women exchanged natural relations for unnatural ones. 27 In the same way the men also abandoned natural relations with women and were inflamed with lust for one another. Men committed indecent acts with other men, and received in themselves the due penalty for their perversion.

28 Furthermore, since they did not think it worthwhile to retain the knowledge of God, he gave them over to a depraved mind, to do what ought not to be done. 29 They have become filled with every kind of wickedness, evil, greed and depravity. They are full of envy, murder, strife, deceit and malice. They are gossips, 30 slanderers, God-haters, insolent, arrogant and boastful; they invent ways of doing evil; they disobey their parents; 31 they are senseless, faithless, heartless, ruthless. 32 Although they know God’s righteous decree that those who do such things deserve death, they not only continue to do these very things but also approve of those who practice them. NIV—New International Version 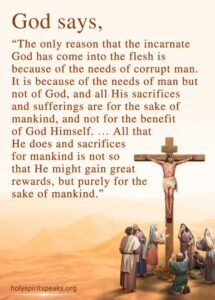 God who sent His Son, Jesus, to redeem us. However, when worship and honor is taken off God, He has no choice but to give man over to his sinful lusts as part of judgment. If you pay any attention at all to the actions in the US, you can see them in this passage of Scripture.

Now mind you, we may not build idols of stone these days, but we have plenty of idols around. An idol is anything that removes our focus off God and onto itself. Today, money is the new religion and whatever it can buy. We’ve become increasingly corrupt and materialistic to the point that we neglect ourselves and families for the sake of earning a dollar. We have as the Scripture reads in verse 25: “…worshiped and served created things rather than the Creator.”

Next, sex: we’ve worshiped sex to the point that we’re committing “…indecent acts…” (Verse 27). We are embracing things that God has destroyed nations over. We’re not only committing these acts, but we’re condoning it, proud of it, and praising it as it mentions in verse 27. We do indeed have idols and we have to a large degree become idolaters turning this blessed nation into an idolatrous one.

Let’s look at Old Testament Scripture and see what happened in history.

9 So justice is far from us,and righteousness does not reach us. We look for 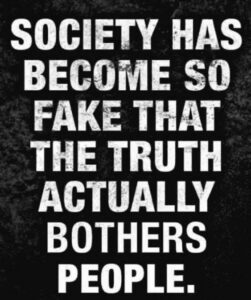 light, but all is darkness; for brightness, but we walk in deep shadows. 10 Like the blind we grope along the wall, feeling our way like men without eyes. At midday we stumble as if it were twilight;

among the strong, we are like the dead. 11 We all growl like bears; we moan mournfully like doves. We look for justice, but find none; for deliverance, but it is far away. NIV

There is simply no room for justice in a godless society. There is only darkness and the stumbling around in it seeking justice and deliverance.  But the only thing around is lawlessness.

Lawlessness and rebellion is becoming more and more apparent in society and there’s no sign of Retrieval.

In Jer. 25:2-11 we see what eventually happened to Israel as the result of their turn from God.

2 So Jeremiah the prophet said to all the people of Judah and to all those living in Jerusalem: *3 For twenty-three years — from the thirteenth year of Josiah son of Amon king of Judah until this very day — the word of the Lord has come to me and I have spoken to you again and again, but you have not listened.

4 And though the Lord has sent all his servants the prophets to you again and again, you have not listened or paid any attention. 5 They said, “Turn now, each of you, from your evil ways and your evil practices, and you can stay in the land the Lord gave to you and your fathers for ever and ever. 6 Do not follow other gods to serve and worship them; do not provoke me to anger with what your hands have made. Then I will not harm you.”

7 “But you did not listen to me,” declares the Lord, “and you have provoked me with what your hands have made, and you have brought harm to yourselves.”

8 Therefore the Lord Almighty says this: “Because you have not listened to my words, 9 I will summon all the peoples of the north and my servant Nebuchadnezzar king of Babylon,” declares the Lord, “and I will bring them against this land and its inhabitants and against all the surrounding nations. I will completely destroy them and make them an object of horror and scorn, and an everlasting ruin. 10 I will banish from them the sounds of joy and gladness, the voices of bride and bridegroom, the sound of millstones and the light of the lamp. 11 This whole country will become a desolate wasteland, and these nations will serve the king of Babylon seventy years. NIV

This is history and this is what happens to nations that turn away from God. This is a light indictment of their sins. There are other Scriptures that go into more detail. Because of Israel’s apostasy, God annihilated it as a nation and they were carried away to be exiled under the rulership of the wicked King of Babylon. God loves Israel but He makes no exceptions. He also has not changed since Israel’s demise [Malachi 3:6] and if the US and the world for that matter doesn’t wise up, there’s going to be a rude awakening. God is a God of justice.

Think about the leader of the nation. We have recently witnessed the last of the traditional Republican Party in America with a leader who has trashed every principal that the Republican Party stood for:

This is post modernism personified and this is part of the judgment forth coming.

Remember in verse 8 of the last passage of Jeremiah mentioned above, where God called the wicked King of Babylon: “my servant Nebuchadnezzar king of Babylon.“ It is ultimately God who controls kings and leaders of nations—wicked and non-wicked.

9 Praise be to the Lord your God, who has delighted in you and placed you on the throne of Israel. Because of the Lord’s eternal love for Israel, he has made you king, to maintain justice and righteousness.” NIV

This was the Queen of Sheba’s acknowledgement and praise of King Solomon, the wisest King that ever lived. Notice her acknowledgment of God making the placement. This was during Israel’s glory days when they were firmly in God’s favor and He was God’s chosen man to maintain as the Scripture reads: “justice and righteousness“ in Israel. Unfortunately Solomon capitulated into idolatry because of his pagan wives and led Israel down the path of unrighteousness and as a result was subjected to God’s judgment.

If we pay close attention to the world’s events, we can see Biblical prophecy unfolding.

The point is: God places leadership as He wills and for His purpose. There is a reason why the US has the leadership that it has. 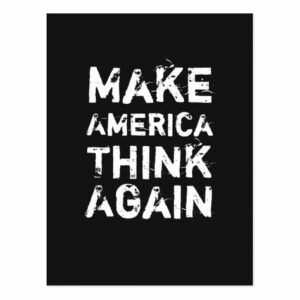 Whatever happened to justice? Wake-up America before it’s too late!

2 (1) I urge, then, first of all, that requests, prayers, intercession and thanksgiving be made for everyone— (2) for kings and all those in authority, that we may live peaceful and quiet lives in all godliness and holiness. NIV

Please feel free to leave any comment, question or concern below.

6 thoughts on “Whatever Happened to Justice”

Video – Lawlessness in the Bible