The gospel of Jesus Christ; just how strong is this gospel? Is it really for real? There is an account in the Scriptures that answers this question. This article sheds light on the unstoppable gospel.

Table of Contents hide
1 What is the Gospel?
2 How did the Gospel Spread?
3 Enter Gamaliel
4 Gamaliel’s Gospel

What is the Gospel?

The gospel is known as the good news. The Greek word translated as gospel is euaggelion (you-ang-ghel’-ee-on) which means good message. It is the blissful good news of salvation in Jesus Christ.

The gospel is not a separate plan of salvation, but the fulfillment of God’s original plan of salvation which began with  Israel, was “finished” in Jesus Christ (John 19:30), and is made known through the church.

The gospel is the saving work of God through His Son Jesus Christ and a call to have faith in Him (Rom 1:16-17). Jesus is much more than a messenger of the gospel; He is the gospel. The good news of God was at hand in His life, teaching, and atoning death. For that reason, the gospel is both a historical event and a personal relationship.

How did the Gospel Spread?

The gospel was spread initially by the twelve apostles. However, it was not an easy task as they faced much resistance.

At this point, five thousand had believed and accepted Christ (vs. 3).

In the subsequent verses, the next day, they were bought before the Sanhedrin. The Sanhedrin, also known as the council, was the highest ruling body and court of justice among the Jewish people during the time of Jesus. The Sanhedrin was given partial authority over a selection of religious, civil, and criminal matters. The Sanhedrin was applying this limited power when it charged Jesus with blasphemy but had to send him to Pilate, the Roman official, for an official trial and sentencing.

The council wanted to know by what power or name had the apostles performed the miracle of healing the lame man. Peter took advantage of this audience and preached Christ to the Sanhedrin. Afterward, the apostles were sent out, and the council conferred with one another.

They realized that they couldn’t deny the miracle, but in an effort for them not to spread the word any further, they were commanded to not speak or teach in the name of Jesus.

They refused, saying in verses Acts 4:19-22, “But Peter and John replied, “Judge for yourselves whether it is right in God’s sight to obey you rather than God. 20 For we cannot help speaking about what we have seen and heard.” 21

“After further threats they let them go. They could not decide how to punish them, because all the people were praising God for what had happened. 22 For the man who was miraculously healed was over forty years old.” NIV

The apostles continued to perform “many signs and wonders.” Multitudes of people from many cities went to Jerusalem to be healed. But again, the apostles were arrested and imprisoned. However, and an angel of the Lord showed up, released them, and told them to speak in the temple about the new life in Christ (Acts 5:19-20).

Is there a pattern shaping up here?

The apostles obeyed the angel, and when the high priest and other officials heard of what was happening, they went to the temple and arrested them. Again, they preached Christ to the council (Acts5:29-32). At this point, the council was a wit’s end, and they began to confer about slaying the apostles.

In verse 34, one of the councils named Gamaliel rose up and requested the apostles be removed from the room.

For a bit of background, Gamaliel was a first-century Jewish rabbi and a leader in the Jewish Sanhedrin. Gamaliel is mentioned in Scripture one or two times as a prominent and well-respected teacher.

Gamaliel was a Pharisee
and a grandson of the well-known Rabbi Hillel. Like his grandfather, Gamaliel was known for taking a somewhat moderate view of the Old Testament law in contrast to his contemporary Rabbi Shammai, who held onto a more stern understanding of Jewish traditions. Josephus, the historian, portrays Gamaliel as coming from a well-heeled family, which meant he had a more significant influence with the assemblies of the Jewish leaders

The apostle Paul studied under him and ultimately penned the majority of the New Testament. It was under the sponsorship of Rabbi Gamaliel that Paul attained an expert knowledge of the Hebrew Scriptures. Paul’s educational and professional qualifications allowed him to preach in the synagogues wherever he traveled (Acts 17:2). His understanding of Old Testament history and law helped his presentation of Jesus Christ as the One who had fulfilled the Law (Matthew 5:17).

Ultimately, Gamaliel had a substantial effect on the early church. Let’s look at what he had to say. Acts 5:34-39:

34 But a Pharisee named Gamaliel, a teacher of the law, who was honored by all the people, stood up in the Sanhedrin and ordered that the men be put outside for a little while. 35 Then he addressed them: “Men of Israel, consider carefully what you intend to do to these men. 36 Some time ago Theudas appeared, claiming to be somebody, and about four hundred men rallied to him. He was killed, all his followers were dispersed, and it all came to nothing. 37 After him, Judas the Galilean appeared in the days of the census and led a band of people in revolt. He too was killed, and all his followers were scattered. 38 Therefore, in the present case I advise you: Leave these men alone! Let them go! For if their purpose or activity is of human origin, it will fail. 39 But if it is from God, you will not be able to stop these men; you will only find yourselves fighting against God.” NIV

For starters, Gamaliel referenced previous groups whose leaders were put away, and their movements faded out.

Theudas – was a Jewish rebel of the 1st century AD. He convinced many people, about four hundred, to take their belongings and follow him to the Jordan River. Because he told them he was a prophet and that he would, by his command, divide the river and provide them an easy passage over it. Unfortunately, many were deceived by his words.

On the other hand, Fadus, the governor, did not allow them to take advantage of this wild scheme. Instead, he sent a troop of horsemen out against them who slewed many of them and took many alive including Theudas who was beheaded, and his head was carried to Jerusalem.

The movement was scattered and was never heard of again.

Judas the Galilean – was responsible for a widespread revolt against the Romans when the first census was taken in Judea for tax purposes. He perished in this revolt, and his followers were scattered.

Gamaliel surmised that the apostles’ actions could possibly be the same as these other movements and would experience the same fate. However, he also understood that their actions could have been “from God,” and any actions taken against them would ultimately be actions against God. Let us continue.

The next part of Gamaliel’s gospel was a warning: “Leave these men alone! Let them go! (vs. 38). NIV These words and the subsequent brief discord that followed convinced the council to let the apostles go.

He went on to say, “For if their purpose or activity is of human origin, it will fail.” Gamaliel’s thinking was correct. Any movement that is not of God is ultimately condemned.  Isn’t it interesting that all of the movements of Jesus’ time arrived and dispersed when their leaders were killed?  Any movement that is of human origin is subject to human demise. What is not of God will come to naught.

True is the Scripture, Ps 127:1 that reads, “unless the Lord builds the house, its builders labor in vain. Unless the Lord watches over the city, the watchmen stand guard in vain.” NIV 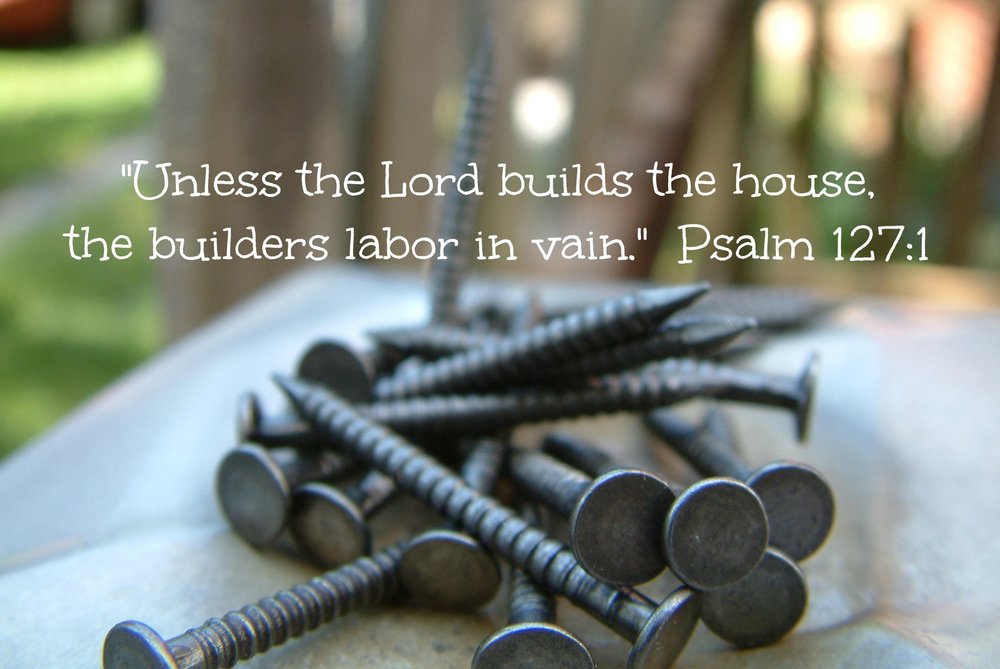 Gamaliel concluded, “But if it is from God, you will not be able to stop these men; you will only find yourselves fighting against God.” What is of God cannot be overthrown. Whoever tries to overthrow what is of God is futilely fighting against God. Moreover, we are witnesses today, some two-thousand plus years later, that the gospel of Jesus Christ is still alive and well!

God can use any human, good or bad, for His purpose and He used Gamaliel to protect the apostles. At the same time, Gamaliel unwittingly prophesied the future of the gospel. This prophecy is being accomplished before our very eyes! God used Gamaliel to save the gospel.Furthermore, this gospel will continue until He returns. Jesus’ return has been prophesied as well and will be fulfilled.

The gospel of Jesus Christ is the unstoppable gospel!

Questions, comments, and concerns regarding the gospel are welcomed below.

4 thoughts on “The Unstoppable Gospel”