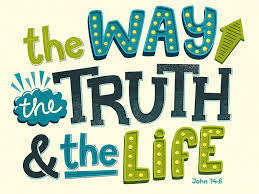 Table of Contents hide
1 Jesus is the Way, the Truth, and the Life
2 Why is Jesus the Only Way?

Jesus is the Way, the Truth, and the Life

Earlier in this chapter (verses 1-4), Jesus comforts His disciples after revealing His soon departure, and they would not be able to go with Him. He further expressed that He was going to prepare a place for them, and they would know the way to the place where He was going. One of the disciples, Thomas, asked Jesus how they would know the way. Jesus replied that He was the way, the truth, and the life. So, what does this mean? Let’s take a look.

The way – “I am the way.” Jesus is the way in several ways. For starters, He is the way to salvation. He is the way to righteousness, justification, acceptance, and communion with the Father. “No man cometh unto the Father, but by me.”  There is no wiggle room for other ways in that statement. It excludes every way except through Christ. In Acts, the word “way” is used significantly to describe the Gospel. (See Acts 9:2; 19:9; 19:23; 22:4; 24:22).

For example, in Acts 9:1-2, we have Saul, the Pharisee, before he was converted to Paul, the apostle.

1 And Saul, yet breathing out threatenings and slaughter against the disciples of the Lord, went unto the high priest,

2 And desired of him letters to Damascus to the synagogues, that if he found any of this way, whether they were men or women, he might bring them bound unto Jerusalem.

In his zeal to persecute the church, Saul requested the high priest to write letters to the synagogues asking them to allow him to “bound” any of the “way” (Christians-Christianity) and take them to Jerusalem. 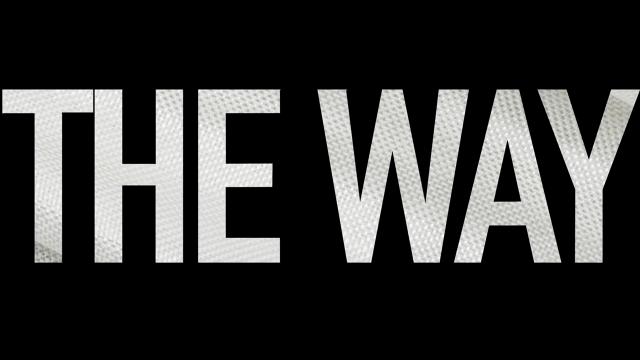 The Truth – “I am… the truth.” This powerful statement by Christ has a crucial two-fold application.

Truth attests to knowledge. Christ is the great essential truth to recognize. He is the One Truth we must know to be saved. Failure to know this truth will lead to eternal damnation. Many will lose their opportunity for eternal life because they fail to recognize this truth. Pilate lost it all because he failed to know the truth. He asked Christ, “What is truth?” (John 18:38) when Truth stood right before him.

The Life – “I am… the life.” Sin ushered in death (Romans 6:23; Ephesians 2:1). However, Christ gives life. But life is in Christ. As He said elsewhere in John 10:10, “I am come that they might have life, and that they might have it more abundantly.” This is not the life of the world but the eternal life of a redeemed person.

Why is Jesus the Only Way?

Jesus said it, and numerous Scriptures confirm it, yet a leading question remains…why? Out of all the other worldwide religions (Judaism, Buddhism, Hinduism, Islam, Mormons, etc.), why is Jesus set apart from every religious leader? 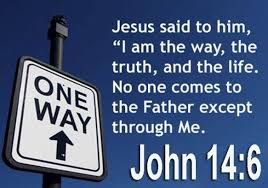 There are four primary attributes that set Jesus apart from every other religious leader.

Let us not forget that He raised His own body from the dead, which He prophesied (John 2:18-22). Afterward, He showed Himself to more than 500 of His followers (1 cor. 15:6) as proof. Every religious leader died and is still dead, but the Bible and other secular history books record the miracle of Jesus’ resurrection.

2. His Prophecies – Jesus fulfilled prophecies written about him hundreds of years before His incarnation.

These and hundreds of others, Jesus fulfilled with perfect accuracy and perfect precision.

No other leader in the history of time has even had prophecies concerning them, not to mention having the power to fulfill them.

3. His preaching/message – No other religious leader taught the way Jesus taught. Jesus is the only spiritual leader that actually provided a real solution for the problem of sin. Every other leader has stated that you must obey and live some variation of a moral code to earn God’s favor and forgiveness. This requirement puts individuals in a state of insecurity or uncertainty because they never really know if they have done enough to earn God’s forgiveness.

Jesus’ message is unambiguous, we are sinners, and even with our best efforts, we cannot do enough good to make up for our sins. Therefore, He went to the cross to bear the burden of our sins to pay for them with His precious blood, and all we have to do in return is—believe in Him as our Savior.

Jesus is the only One who offers a way for humanity to redeem itself from sin and have eternal life.

4. His perfection – No other religious leader lived the way Jesus lived. Some of the other leaders lived very sinful lives, even to their own admission. Some were polygamists, others were murderers, and others made countless prophecies that were never fulfilled. After all, they were fully human.

For example, Muhammad admitted he was a man just like us (Surah 18:110), and Joseph Smith (founder of Mormonism) had at least 27 wives.

However, Jesus was the only leader who even claimed to live a perfect life. He claimed to be equal to God (perfection), which led to His crucifixion. His followers described Him as a man who was without sin (1 Peter 2:21-22).

Even His enemies, the very same people that were responsible for His crucifixion, for one, Pilate, admitted that they could find no fault in Him (Luke 23:3-4).

Therefore, because Jesus lived a perfect and sinless life, this automatically sets Him apart from every other religious leader who has ever lived.

Therefore, for the Christian who says that there is another way, other than Jesus, to get to heaven, they are saying, in effect:

–  The Bible is false

–  Jesus, Himself was a liar because He clearly said that “I am THE way, THE truth, and THE life: NO MAN cometh unto the Father, but BY ME.?

Scripture says in Acts 4:12, “There is salvation in no one else! God has given no other name under heaven by which we must be saved.” NLT And that is the moral of the whole story!

Please leave questions, comments, and concerns below and you will receive a response.