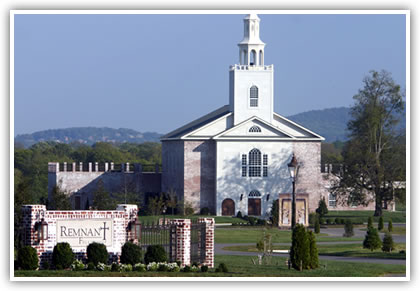 According to the Scriptures, shortly before the return of Christ, there will be a church that embodies believers who are faithful to God. This church will be an organized body recognized by obedience to all of the commandments of God and the possession of a distinctive end-time gospel declaration. This church is known as the Remnant Church and is equated with the Seventh-day Adventist denomination.

Table of Contents hide
1 What Does the Bible say about the Remnant Church?
1.1 Keeping the Commandments of God
1.2 The Testimony of Jesus
1.3 The Spirit of Prophecy
2 Conclusion

What Does the Bible say about the Remnant Church?

So let us look at what the Scriptures say about the Remnant Church.

The book of Revelation is a book of heavy symbolism. The reason was that the Roman authorities at that time were beginning to enforce the cult of emperor worship—Christians who held Christ, not Caesar, as Lord were facing increasing aggression. Therefore, the writer John had to write this letter to the Christians using symbolic language so that the Romans would allow its delivery to the seven churches. In Chapters 12 and 17, the church is depicted as a woman.

Revelation 12 unmistakably teaches that God has a remnant church at the end time. After revealing the history of the Christian church (under the symbolism of a woman), from the time of Jesus (the child mentioned in verse 5) to the end of the 1,260 years (538–1798 AD), Revelation 12:17 says: “And the dragon was wroth with the woman, and went to make war with the remnant of her seed, which keep the commandments of God, and have the testimony of Jesus Christ.” Satan, the Devil, is depicted as the dragon. 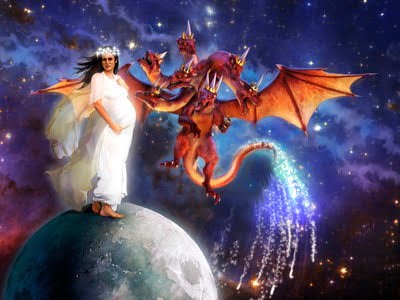 Keeping the Commandments of God

Remember that during the time of the apostles, or the early church, this would not have been a unique sign because they all kept the Sabbath. However, today, when most Christians “keep” Sunday as the day of worship, the Sabbath has indeed become a distinguishing mark. 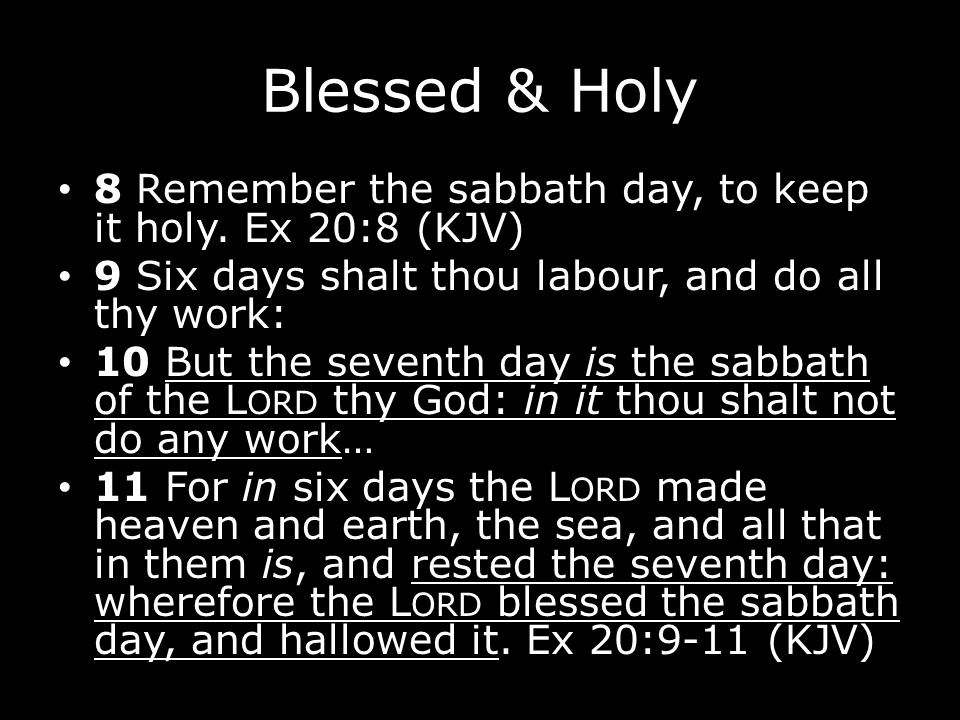 The seventh-day Sabbath, observed from Friday evening to Saturday evening, is an integral part of the beliefs and practices of the remnant church. These churches emphasize biblical references such as the ancient Hebrew practice of beginning a day at sundown and the Genesis creation narrative in which an “evening and morning” established a day, predating the giving of the Ten Commandments (thus the command to “remember” the Sabbath). They hold that the Old and New Testaments show no variation in the doctrine of the Sabbath on the seventh day. Saturday, the seventh day in the weekly cycle, is the only day in all Scripture designated using the term Sabbath.

The seventh day of the week is recognized as Sabbath in many languages, calendars, and doctrines, including Catholic,[1] Lutheran,[2] and Orthodox churches.[3] It is still observed in modern Judaism concerning Mosaic Law. In addition, the Orthodox Tewahedo Churches uphold Sabbatarianism, observing the Sabbath on Saturday and the Lord’s Day on Sunday.[4]

However, Catholic, Orthodox, and some Protestant denominations keep the Lord’s Day on Sunday and maintain that the Saturday Sabbath is no longer required for Christians. Conversely, Congregationalists, Presbyterians, Methodists, Baptists, and many Episcopalians have historically supported the view of first-day Sabbatarianism. They support this by describing the Sabbath as being transferred to the Lord’s Day (Sunday), the first day of the week, merged with the day of Christ’s resurrection, forming the Christian Sabbath. However, there is no Scriptural foundation to support this doctrine.

“Seventh-day Sabbatarians” are Christians who seek to reestablish the practice of the early Christians who kept the Sabbath according to standard Jewish practice. They usually believe that all humanity is obliged to keep the Ten Commandments, including the Sabbath, and that keeping all the commandments is a moral responsibility that honors and shows love towards God as creator, sustainer, and redeemer. Christian seventh-day Sabbatarians hold beliefs similar to that tradition that the change of the Sabbath was part of a Great Apostasy in the Christian faith.

Additionally, Seventh-day Sabbatarians hold fast to the Scripture in James 2:10, which reads:

10 For whosoever shall keep the whole law, and yet offend in one point, he is guilty of all.

Some of these, most notably the Seventh-day Adventist Church, have traditionally maintained that the apostate church formed when the Bishop of Rome began to influence the west and brought in heathen corruption. This influence allowed pagan idol worship and beliefs to enter, creating the Roman Catholic Church that teaches traditions over Scripture promoting rest from their work on Sunday, instead of the Sabbath, which is not in keeping with Scripture.

The Sabbath is one of the defining characteristics of seventh-day denominations. For more detail on the seventh day Sabbath, please read the Saturday vs. Sunday Worship article on this website.

The Testimony of Jesus

First, we look at Revelation 1:1, 2, and 9. In verse 1, the introduction to Revelation makes known the source, in particular, God, and the book’s content—the revelation of Jesus Christ. In verse 2, we are told that John bore witness to “the Word of God” and “the testimony of Jesus.”

We commonly understand “the Word of God” to refer to what God says, and “the testimony of Jesus,” in parallel to “the Word of God,”
must therefore mean the testimony that Jesus Himself presented. How did Jesus testify of Himself? While on earth, He testified in person to the people in Judea. After His ascension, He spoke through His prophets.

“The Word of God” in John’s time referenced the Old Testament, and “the testimony of Jesus” referred to what Jesus had said, the truths He revealed as recorded in the Gospels, and through His prophets, such as Peter and Paul.

The Spirit of Prophecy

Concerning the Spirit of Prophecy, Revelation 19:10 reads in part, “For the testimony of Jesus is the spirit of prophecy'” (NKJV). So, what is “the spirit of prophecy”? I discovered this phrase occurs only once in the Bible and in this text. We find the closest biblical parallel in 1 Corinthians 12:8–10, where Paul refers to the Holy Spirit, who, among other divine gifts, bestows the gift of prophecy, and the individual who receives this gift is called a “prophet” (1 Cor. 12:28; Eph. 4:11).

All Christians are, in a way, prophets since they testify of their faith. For many of the believers mentioned in Revelation, it had meant testifying to their own deaths. For example in Rev 12:11, it reads:

11  And they overcame him by the blood of the Lamb, and by the word of their testimony; and they loved not their lives unto the death.

The word “prophecy” means more than seeing and foretelling the future, although in some cases, that is true (especially in the Old Testament prophets and in John’s case). The primary objective of prophecy is to convey God’s message.

These are the three significant marks of the Remnant Church confirmed in Scripture. There are more identifying marks to follow in upcoming articles.

When Christ returns for His church, He will return for the remnant church and the saints within who keep all of “the Commandments of God, and have the testimony of Jesus Christ.”

Questions, comments, and concerns are welcomed below.

44 thoughts on “The Remnant Church”