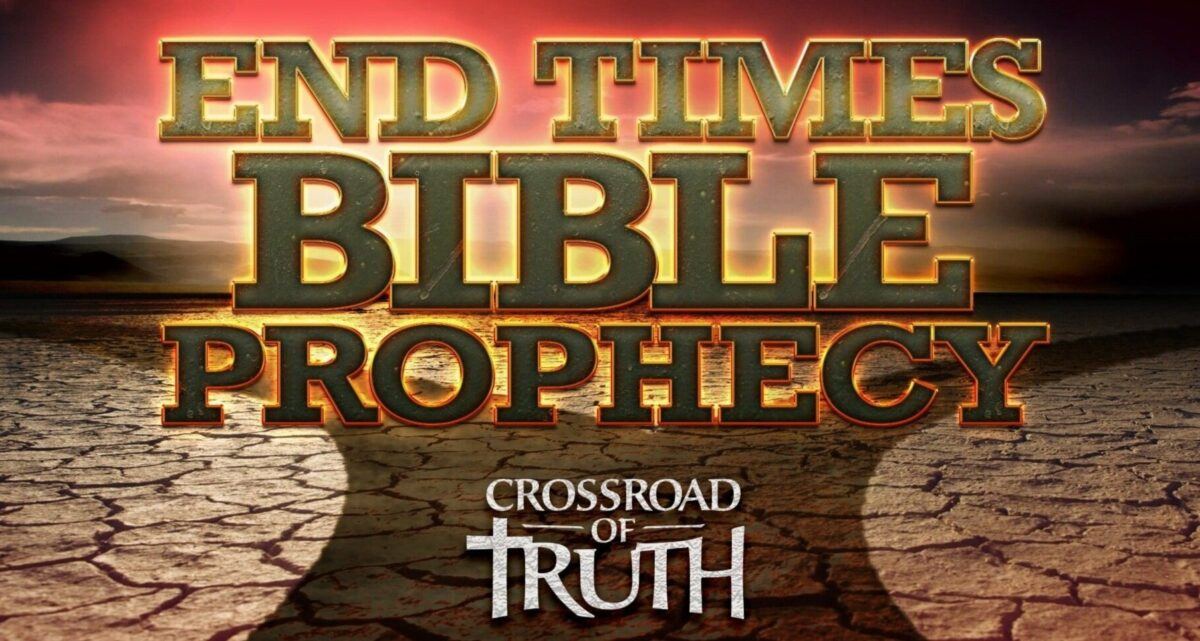 Prophecy contributes a significant portion to the entire canon of Scripture, some fulfilled, some not yet. The prophecies that haven’t been fulfilled include the end time. This article addresses Bible prophecy and end times.

Table of Contents hide
1 What is Prophesy?
2 What is Prophecy’s Place in our Existence?
3 The Validity of Scripture and its Relationship to Prophecy
4 Bible Prophecy and End Times

A prophecy is a forecast of events that will occur in the future. The Author of prophecy in the Bible is God. 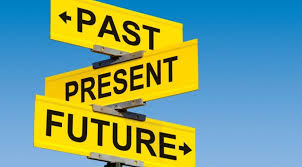 what will happen. However, there is another kind of prophecy that is called forth-telling
prophecy. Forth telling prophecy is when God speaks a word concerning the present.

What is Prophecy’s Place in our Existence?

Prophecy induces us to have a proper fear of God, including having faith in Him and being obedient to His laws. Because numerous judgments are falling upon peoples and nations because of the disobedience to God’s law, we realize that commandment-keeping is essential for our relationship with our Creator (Matthew 19:17; Revelation 22:14).

Prophesy serves as a warning to us regarding future events. Jesus said in Matthew 24:22, “And unless those days were shortened, no flesh would be saved; but for the elect’s sake those days will be shortened.”
Here is Jesus’ statement containing a prophetical warning of the great tribulation coming in the future. 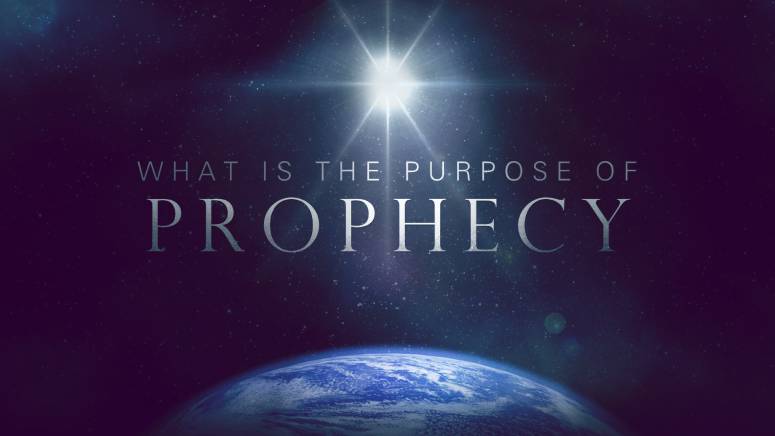 However, God has a plan by which we can be delivered from “this present evil age world” (Galatians 1:4) that we may avoid the great tribulation.

Prophesy shows us that God has a plan for this world.

The Scriptures state that just as in Noah’s day, most people in the future will also be unaware of God’s imminent intrusion. Matt 24:38-39 reads, “For in the days before the flood, people were eating and drinking, marrying and giving in marriage, up to the day Noah entered the ark;

39 and they knew nothing about what would happen until the flood came and took them all away. That is how it will be at the coming of the Son of Man.” NIV

Therefore, what are the signs of the end of this age? What will occur during this time of tribulation? Why will all this evil event befall mankind? Taking these prophecies into account, what does God expect of us? Rev 22:14 reads: “Blessed are they that do his commandments, that they may have right to the tree of life, and may enter in through the gates into the city.” The book of Revelation, which solely contains prophesy of the end times, states that those who keep God’s commandments will be saved from eternal damnation and receive eternal life.

Prophesy in the news. Observing biblical prophecy evolve while staying close to God is something Jesus strongly entreats us to do. In Luke 21:36 He said:

Jesus stated that the purpose for our watching and praying is that we may “stand”—or take our “place before the Son of Man.” Moreover, God wishes to place us in the positions, “kings and priests” when Christ returns, and we will be serving under Him during His millennial reign on earth (Revelation 1:6; 5:10).

Observing prophecy aids us in remaining focused on God’s plan to establish the Kingdom of God on earth. In addition, it gives us the inspiration to get ready now so we can assist Christ to rule over those who survive the Great Tribulation and live during His coming millennial reign.

Biblical prophecy is a beautiful endowment from God. Through the lens of fulfilled prophecy, we can have sureness in what the Bible predicts. Through future prophecies, we can know what will occur in the future in advance.

The Validity of Scripture and its Relationship to Prophecy

The Bible continues to prove itself reliable through prophesy. Scripture gives a solid testimony to its validity by foretelling persons, places, and events, even hundreds of years before they are fulfilled.

Fulfilled prophecy proves the authenticity of Scripture. Christ fulfilled over 300 prophesies while He was on earth.

Prophecy fulfilled gives us assurance that God exists and that He will bring about what He has said about the future. 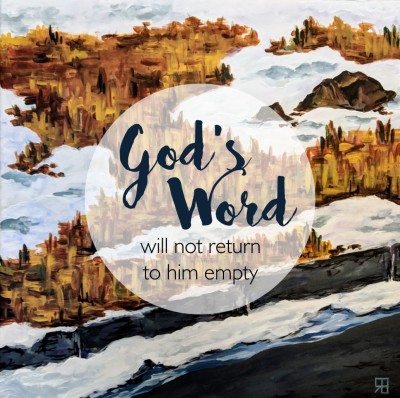 Given that prophecies of world-ruling kingdoms and just as the name of a specific ruler long before his existence have all come to pass, we can be confident that the rest of the Bible’s prophecies will also come about.

The Scriptures play an extremely significant role in revealing the signs of the end times that indicate the return of Jesus Christ.

The Bible contains prophesy that prophesied the trends and events of today. For example, Jesus prophesied that there would be “famines,” lack of food—and “pestilences”—disease epidemics just before His return. Unfortunately, we are presently seeing just the beginning of these curses, which will increase to the point that they will have a massive effect on our entire way of life!

As noted earlier, Christ directly prophesied that our time would be like in the days of Noah. The days of Noah’s were typified by “wickedness” and was filled with “violence” (Genesis 6:5, 13), just as it is today. In addition, just like the days of Noah, we will be carrying on with life unaware of the return of Christ’s arrival.

Just as in Noah’s day, the world is full of wickedness and evil. The US leads the world with a prison population of thereabouts 0f 2.2 million, in incarcerations. According to the Bureau of Justice Statistics, just in 2013 alone, the United States saw a violent crime rate of about 23.2 victimizations per 1,000 people,

Throughout the country, endless reports about the rise of drug-related, violent crime and an overburdened justice system play a role with individuals feeling insecure about their safety. In excess of 68 percent of Americans surveyed by Gallup in 2011 felt that the crime in the US was gettint worse, despite reports of “declining” crime rates (“Most Americans Believe Crime in the U.S. is worsening,” October 31, 2011.) Moreover, in 2022, the problem has only progressed to a worsened state.

Further, Jesus said in Matt 24:6, “And ye shall hear of wars and rumours of wars: see that ye be not troubled: for all these things must come to pass, but the end is not yet.”

This prophecy is being fulfilled in the Middle East. Militant Islam is currently spurring millions of people in opposition against the Western democracies, even as the U.S. military finds itself pushed to its limits in the “war against terrorism.”

We must understand that radical Muslim leaders’ ultimate goal is to dominate the world in the idea that all people either become Muslims and totally submit to Muslim domination or ultimately be wiped out!

Militant Islam is setting the stage for a dramatic completion of Biblical prophecy. Armageddon is to take place in the Middle East (Rev. 16:16).

However, as of late, not only militant Islam but President Putton also wants to conquer the world. This ruthless, barbaric, and narcissistic leader is shedding innocent blood to quench his thirst for power. So now, there is war in Europe. This war is a war that will only intensify if Putton decides to push beyond Ukraine. Additionally, he has already heightened the concern for nuclear war.

The book of Revelation reveals the dramatic end-time events leading up to the glorious return of the Lord Jesus Christ. Revelation chapter 6 contains the events that lead up to the Day of the Lord. All of who are living on earth will see dramatic and frightening actions in the skies. Revelation 6:12–14
describes these heavenly signs as the sixth seal. Jesus said: “Immediately after the tribulation of those days the sun will be darkened, and the moon will not give its light; the stars will fall from heaven, and the powers of the heavens will be shaken” (Matthew 24:29). The celestial signs described in this Scripture pave the way for “the Day of the Lord” (Joel 2:30–31), which is the year of the Lord’s judgment on the nations. Then, after these events, the Messiah—Jesus Christ—will rule all nations on earth (Revelation 11:15).

So, what role will Jerusalem play in the coming kingdom? Will it indeed be the imminent capital of the world? Will it perhaps be in our lifetime? Scripture gives us an excellent and encouraging forecast. In Isaiah 2:1-2, it reads, “The word that Isaiah the son of Amoz saw concerning Judah and Jerusalem. (2) Now it shall come to pass in the latter days that the mountain of the Lord’s house shall be established on the top of the mountains, and shall be exalted above the hills; and all nations shall flow to it.” NIV

In biblical prophecy, mountains symbolize kingdoms or governments (Jeremiah 51:24–25). Isaiah stated plainly that the Lord’s Kingdom would be established in Jerusalem and that “all nations shall flow to it” (Isa. 2:2, Mic. 4:1). This kingdom will not be a government in the hands of self-centered humans. Since it has rejected God’s rulership and sovereignty over the affairs of man, humanity does not know the way to lasting peace.

God’s government on earth will be dispensed from Jerusalem, the world’s future capital, as Zechariah confirmed with a delightful description of life there in the future. Notice what it reads in Zech 8:3-5

3 Thus saith the LORD; I am returned unto Zion, and will dwell in the midst of Jerusalem: and Jerusalem shall be called a city of truth; and the mountain of the LORD of hosts the holy mountain.

4 Thus saith the LORD of hosts; There shall yet old men and old women dwell in the streets of Jerusalem, and every man with his staff in his hand for very age.

5 And the streets of the city shall be full of boys and girls playing in the streets thereof.

However, today, the streets of Jerusalem are filled with bitter enemies who share a rich heritage and history—but also share a history of conflict.

But change is coming in the future, and it is all contained in Scripture. Since previous Biblical prophecies have been fulfilled, we can trust that prophecies concerning the future will come to pass.

So, without prophecy, we would not be aware of these significant forthcoming events, leaving us to be blindsided and consequently lost. But God, who is merciful and wise, has made way for us to be aware. As the Scripture informs us in Amos 3:7, “Surely the Sovereign Lord does nothing without revealing his plan to his servants the prophets.” NIV

Any questions, comments, concerns, or experiences with prophecy may be left below.