There is a question that is asked by many. Christians ask this question in order to get a deeper understanding of God and how he operates. On the other hand, this question is asked by skeptics and atheists to substantiate their non-beliefs. That question is, why does God allow evil to exist?

Table of Contents hide
1 What is Evil?
2 Where Did Evil Come From?
3 The Consequences of Evil
4 How Long will Evil Prevail?

Evil is a force that is in opposition to God and His work of righteousness in the world. Additionally, the word is used for any disturbance to the proper order of the universe, such as disease.

In the Scriptures, it is represented as moral and physical. We will cover the subject under these headings. Many of the evils that men encounter have not been intended by those who suffer them. Disease, individual and national calamity, drought, scarcity of food (famine), may not always be charged to the account of intentional wrong. Often, the innocent suffer with, and even for, the guilty. In such cases, only physical evil is evident. Even when the suffering has been occasioned by sin or dereliction of duty, whether the wrong is active or passive, many, perhaps the majority of those who are injured, are not accountable in any way for the ills which fall upon them.

Moral Evil – This term refers to the wrongs committed to our fellowman, where the executor is responsible for the action. The immorality may be present even when the action is not physically committed. As the Scripture reads in Matt 24:48, “But if that evil servant shall say in his heart…,” whether he shall smite his fellow-servants or not, the moral evil is present.

21 For from within, out of the heart of men, proceed evil thoughts, adulteries, fornications, murders,

23 All these evil things come from within, and defile the man.

The last six commandments of the Ten Commandments apply here (Ex 20:12-17). For one to dishonor one’s parents, to kill, to commit adultery, to steal, to bear false witness, and to covet are moral evils.

The fact of the matter is, words and deeds are established in the heart before the world sees or hears them, both good and evil. As Jesus said in Matt 12:34-36:

34 O generation of vipers, how can ye, being evil, speak good things? for out of the abundance of the heart the mouth speaketh.

The point: for the deeds we do and the words we speak, we are responsible.

Physical Evil – Often, the bad is physical; it can be occasioned by the sins for which the people of the nation were responsible, or it may occur, not as an act of vengeance, but from accident or negligence or other causes unknown. Very often, the evil is a corrective, to cause individuals to forsake the wrong and accept the right.

For example, the flood was sent upon the earth because “all flesh had corrupted their way” (Gen 6:12). This evil was intended to serve as a warning to those who were to live after. The ground had already been cursed for the good of Cain (Gen 4:12). The two (2) purposes seemed to direct the treatment.

Where Did Evil Come From?

For starters, I want to introduce the point that evil existed before man was created. Take note of what the serpent said to Eve when he tempted her to partake of the forbidden fruit in Gen 3:5:

5 For God doth know that in the day ye eat thereof, then your eyes shall be opened, and ye shall be as gods, knowing good and evil.

22 And the Lord God said, Behold, the man is become as one of us, to know good and evil: and now, lest he put forth his hand, and take also of the tree of life, and eat, and live for ever:

When man partook of the forbidden fruit, he gained knowledge of good and evil that existed prior. However, that is a theological topic for a future post. For this post, the focus is on post-Adam evil that is active in the world today.

To answer the question of where did evil come from, it came as the result of sin, ushered in by God’s main adversary, Satan.

When the first couple sinned, they were kicked out of the Garden of Eden and entered into a world of hardship. Life became difficult and subsequent generations became more and more morally corrupt.

Because of the immorality of man (Adam), the physical earth was cursed (Gen. 3:17) and hardship fell upon all aspects of the world.

The Consequences of Evil

Because of man’s disobedience, he became destined to know both good and evil and this knowledge was to be gained through experience. Therefore, they were plagued with all sorts of negative elements referred to in the Scripture as “thorns also and Thistles.” These are the terrible results of 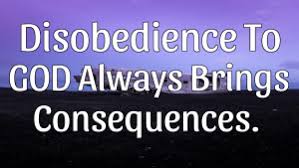 Hardship fell upon Adam and all of his offspring, which includes us today. The Scripture reads in Rom 5:12-13:

12 Wherefore, as by one man sin entered into the world, and death by sin; and so death passed upon all men, for that all have sinned:

Death is the great enemy.  All of the consequences mentioned above result in death. There is no escape for the young or the old.

These seeds of death are manifested by multitudes of infirmities and diseases of the mind and body, upheavals of nature, accidents, and man’s cruelties to one another in war and crimes. These all add to the process.

As strange as this may sound, this is all part of God’s great design.

How Long will Evil Prevail?

But all is not lost! God’s great design does not end with the human race powerless in death. God is allowing evil to exist but at the same time, he has made a provision. This provision is possible through Jesus, the Redeemer who has made it possible for all to be awakened from death and restored. The Scripture reads in 1 Cor. 15:21-22:

22 For as in Adam all die, even so in Christ shall all be made alive.

This provision of life through Christ is based on Jesus’ personal death and resurrection. Jesus Himself said in John 6:51:

51 I am the living bread which came down from heaven: if any man eat of this bread, he shall live for ever: and the bread that I will give is my flesh, which I will give for the life of the world.

25 I am the resurrection and the life. Anyone who believes in me will live, even after dying. NLT

HOW PRECIOUS IS THIS GIFT!

By fully accepting Christ as Lord and Savior, we are saved from eternal death to eternal life (salvation).

In the fullness of time, Christ will return to the earth to claim those who died in Him (the righteous) and judge the unrighteous. This is our hope, Acts 24:15 reads:

15 And have hope toward God, which they themselves also allow, that there shall be a resurrection of the dead, both of the just and unjust.

So we must wait for the day of redemption when the dead is resurrected and the world is rejuvenated.

Yet what we suffer now is nothing compared to the glory he will reveal to us later. 19 For all creation is waiting eagerly for that future day when God will reveal who his children really are. 20 Against its will, all creation was subjected to God’s curse. But with eager hope, 21 the creation looks forward to the day when it will join God’s children in glorious freedom from death and decay. 22 For we know that all creation has been groaning as in the pains of childbirth right up to the present time. 23 And we believers also groan, even though we have the Holy Spirit within us as a foretaste of future glory, for we long for our bodies to be released from sin and suffering. We, too, wait with eager hope for the day when God will give us our full rights as his adopted children, including the new bodies he has promised us. 24 We were given this hope when we were saved. (If we already have something, we don’t need to hope for it. 25 But if we look forward to something we don’t yet have, we must wait patiently and confidently). New Living Translation

In this passage, Paul addresses some key points: creation is subject to corruption. All of creation, whether minerals, plants, or animals, suffer just as men do. All of creation suffers hurt, loss, damage, deterioration, erosion, death, and decay—all creation struggles for life.

We see in verse 20 that creation did not willingly choose to be condemned to corruption. Creation was fated to vanity, futility, and frustration—by God. The world was made to be the home of man, the place where he resides. Therefore, when man sinned, his world was fated to suffer the consequences of sin along with him. Man’s world was cursed right along with him. But the creation has hope!

In verse 21, we see that the creation (the earth) shall be delivered from corruption. The creation is looking forward to redemption along with the children of God and is groaning in pain as an expectant mother’s labor pains for the new birth.

The balance of the passage further addresses the hope we have. God is

allowing evil to exist but only for a time. It won’t be as long as it has been before the return of Christ as we are living in the last days.

In the meantime, while we wait, we are to serve Christ—love and obey Him.

Therefore, as the winds of adversity swirl around us, as we deal with civil unrest, pandemics, a corrupt and divided government, climate change, sickness, and death, we must keep hope alive!

For more detail on hope, please read the article, The Reason for Our Hope on this website.

Please leave any questions, comments, or concerns below.

5 thoughts on “Why Does God Allow Evil to Exist?”

Video – Why Does God Allow Evil?